A FoodPanda rider carries motorcycle while riding another motorcycle – and the video has gone viral on social media. It sparked a debate on road and rider safety, but many were also quite impressed! So, would you dare do that, too?

Food delivery options have certainly increased in recent years, especially with the demand brought about by the pandemic.

With many people forced to stay at home, delivery riders have become frontliners and are considered as modern-day heroes that ‘saved’ many people during the pandemic. They brought food, medicines, and lots of essentials to many people. 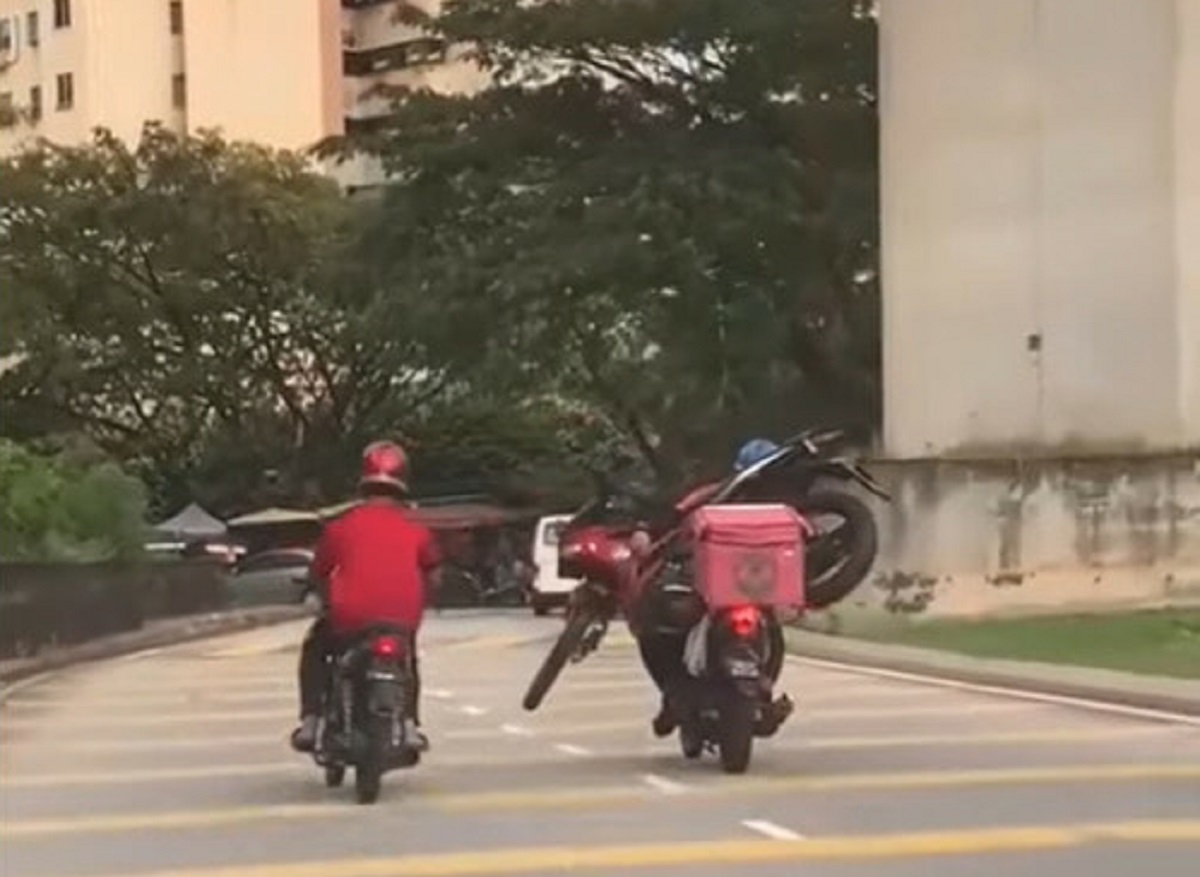 Of course, there were some stories of weird deliveries or unusual orders, but one rider in Malaysia recently went viral for a different kind of ‘delivery’. He was spotted carrying a full motorcycle while riding on one!

The original uploader wasn’t sure if this was a customer’s order, though that might be unlikely as there aren’t motorcycle options available on FoodPanda’s menu! LOL.

Perhaps he’s doing this for another rider or actually making the motorcycle delivery from a sideline order. But whatever the reason might be behind this strange ‘order’, netizens were torn between being impressed and horrified over what this delivery rider has done.

“Food is not the only thing Foodpanda riders can deliver… Even motorcycles too. Full respect to the brother,” the original uploader wrote. 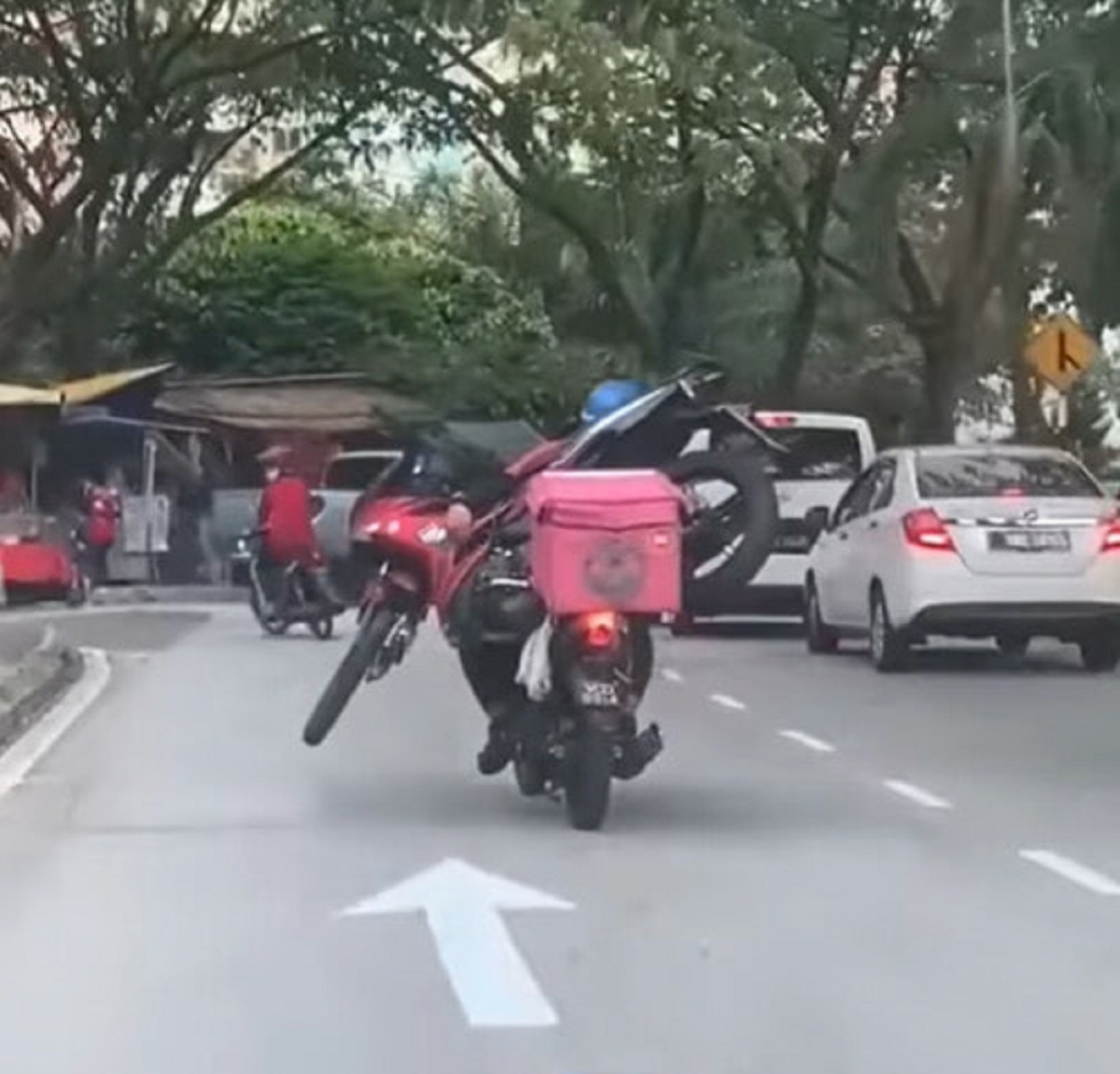 “We can order motorcycles through Foodpanda now,” one netizen joked.

It sparked a debate on social media, however.

Many were concerned about the rider’s safety and how an accident might impact his ride, the motorcycle he’s carrying, and the others that might get involved.

“This is some dangerous work, one wrong step and there will be consequences,” one netizen pointed out.

How Heavy is a Motorcycle?

The weight of a motorcycle depends on its model and other features, but a regular 125cc motorcycle weighs at least 68kg or as heavy as a full-grown person.