Traffic lights are installed in big cities to guide motorists and to ensure the smooth flow of traffic. This is also to ensure everyone’s safety, providing a time for pedestrians to cross the street when their green light is on while the vehicles are not moving because their red light is on.

People are taught to always keep in mind that red means stop and green means go. In fact, kids are already told to memorize that, aside from a whole lot of other basic street rules to ensure their safety.

But it turns out humans are not the only ones who can recognize the traffic lights and know what light allows them to cross the street and what light prohibits them from doing so. 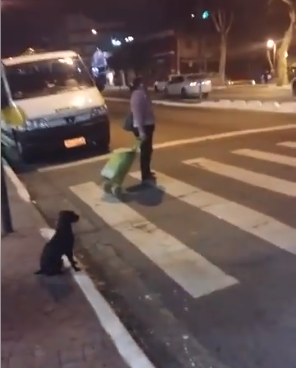 Dogs can be trained to recognize the traffic signs as well – such is exemplified by a video that has since gone viral on Facebook page Cangaíba O Bairro, as posted by Sidney Becerene. A dog can be seen waiting for something at the edge of the road while a woman with a suitcase kept trying to cross on the pedestrian lane but the vehicles just won’t let her do it.

The dog was also sitting down and appeared to be waiting for something.

At first, you might wonder what the dog was waiting for, especially because the woman with the suitcase was eventually able to cross towards the center island in the middle of the road. 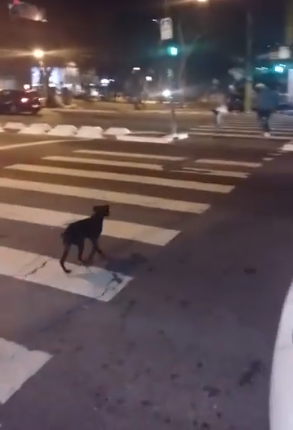 After some time, the dog stood up and prepared to cross the street. Did it see its owner at the other side of the road? No! The pedestrian light just turned to green! Isn’t that incredible?

A lot of netizens expressed amazement that this dog knows basic traffic rules, especially because it appears to be a stray. What a clever dog!

Check out this video and be amazed by this wise dog: