Daisy Woodruff is a dog from Roseburg, Oregon. Her ‘human mommy’, Jessica Woodruff, shared the story of how Daisy has become the foster mother to some babies after her own pups died in a fire.

According to Jessica, Daisy had just given birth to seven pups back in February but all got killed in a fire that gutted down their barn on the 20th of that month.

She revealed, “We had a nice bed made for Daisy to have her pups inside but she found her own spot down at the barn. We noticed the fire and it was too late.”

They also lost a pig and four goats in the barn fire. 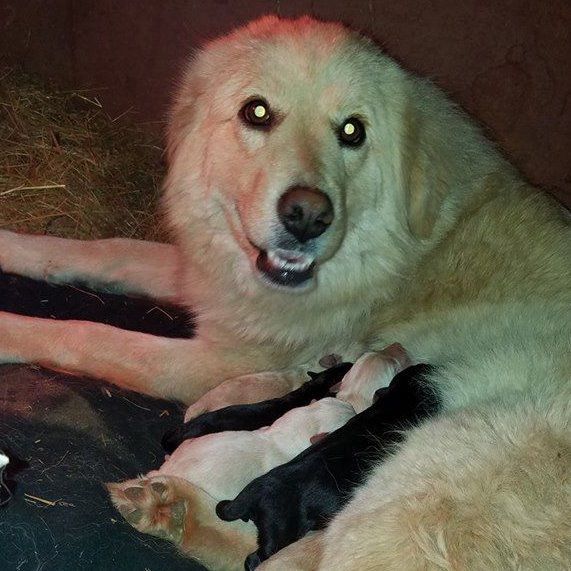 Jessica was sad upon seeing Daisy wandering in their farm, seemingly still looking for her babies. She said she couldn’t imagine the pain her dog is feeling over the loss of its babies; thus, she tried to find a way to give the dogs some babies.

Her sister, Jacque Barnett, posted an ad on Facebook to ask for anyone who might have puppies for Daisy to ‘adopt’. Soon enough, local radio station KPIC aired her story and someone heard the announcement and called Jessica.

The following day, Daisy had a new litter of 8 puppies whose own mom died after birthing them.

“Daisy was in heaven! It was so amazing to see the change. She had purpose again. She laid down to feed them, cleaned them, and even protects them,” Jessica said. “We aren’t keeping any of the pups to live at the ranch but we are keeping the runt and gifting him to our Grandmother and Grandfather.” 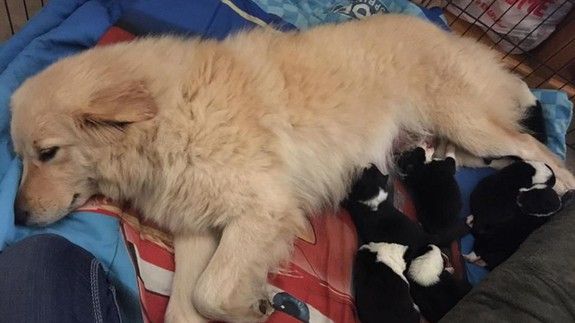 What is a Runt?

A runt is smallest, weakest animal in the litter of animals. It might not grow as big as the others in the litter and could be prone to health issues.