A Filipino dad is gaining praises online after he was seen carrying his 1-month-old baby while selling corn in the streets. The sight was so heartbreaking, especially after the photo uploader learned that the man’s wife left him, that’s why he had to bring that baby while selling!

Life is so difficult, especially during this COVID-19 pandemic when movement is restricted. This has greatly affected a lot of people, particularly street vendors who now have a reduced target market because people are staying at home.

Moreover, many places don’t even allow these street vendors to sell their stuff due to the COVID-19 protocols. 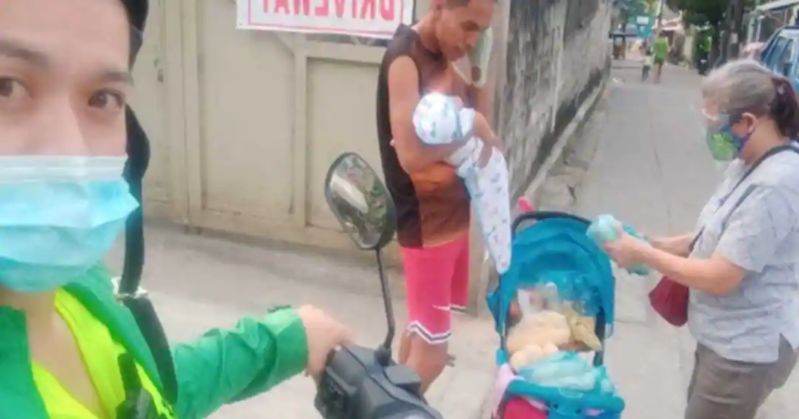 But a Task Force Disiplina (Discipline) took pity on a young dad selling corn in the streets while carrying his 1-month-old baby. Instead of apprehending him, the task force officer bought some corn from the young dad and even gave him some extra cash for the child.

In a post on Facebook, the task force member Cristina Magpuyo Birao shared that she took pity on the young dad after learning that his wife left him with their 1-month-old baby for some unknown reason.

Because he had no one he could trust to leave the baby to, but also had to work so he could buy milk and the baby’s other needs, the young dad decided to just bring the baby while he’s selling. 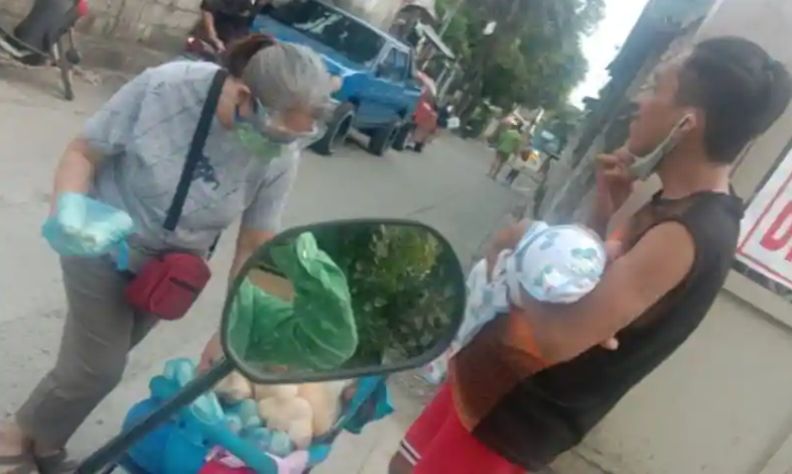 Touched by his story, Birao gave him some cash and bought some of his corn. Instead of catching him for selling illegally in the streets, she helped him out but warned him to follow COVID-19 protocols so that he won’t be apprehended next time.

Is It Illegal to Sell in the Streets?

Selling in public without a license is actually illegal – and that applies to most countries. Still, there are many vendors that don’t really get a license, particularly in the Philippines where street foods are so popular.