An SUV is an expensive vehicle to buy, maintain, and keep clean; thus, one guy in China decided to tie his dog at the back of his SUV while on a trip because he didn’t want it shedding inside the car!

Photos of the dog tied to the back of the car surfaced on Chinese social media, angering a lot of netizens.

While the Chinese are known for weird practices of eating the meat of dogs and even have a festival especially dedicated to this tradition, the Yulin Festival, many of them still got angry over what this guy did to his dog. 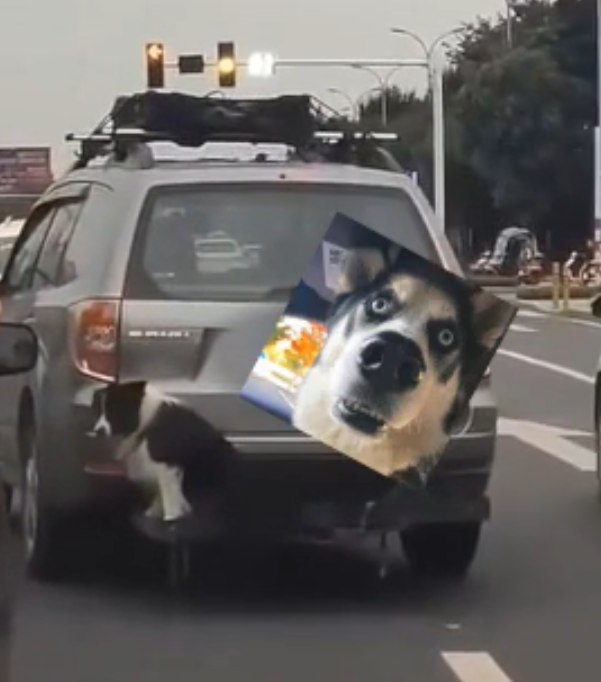 Moreover, the driver was also changing lanes without proper signaling; this action could have led to an accident that could have crushed the poor dog tied to the back!

A car owner who was driving behind the vehicle quickly snapped some photos of the dog’s poor situation and reported this to the police.

With the guy’s plate number visible, the police were later able to apprehend him, reported World of Buzz. However, everyone got really angry after learning his reason for tying the dog outside the vehicle: he was afraid that it would shed its fur inside his car, ruining the interior! 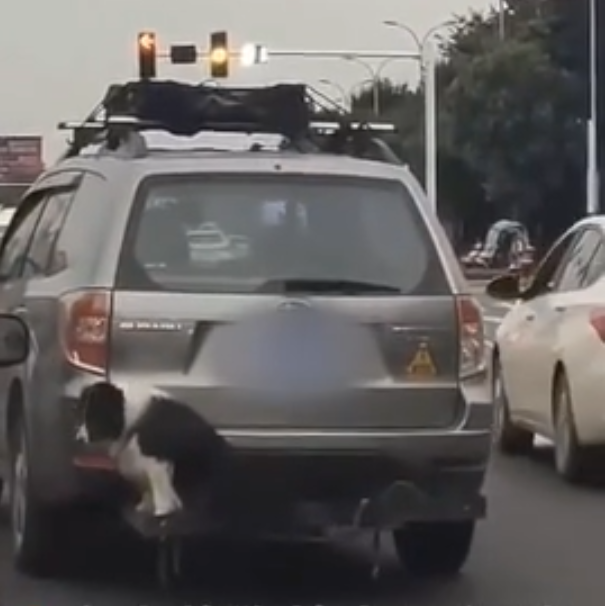 But netizens were left scratching their heads when the guy only got 50 Yuan ($7) in total fines for both changing lanes without using proper signals and for tying the dog to the vehicle’s back!

Some netizens think the fine was too low, especially because it really could have harmed the dog. However, others think the police only gave a low fine because nothing happened to the dog and it was ‘safer’ than in other instances wherein the dogs were tied with a long leash and made to run after the vehicle. At least this one was just sitting on a spot at the back of the car. Tsk. Tsk. 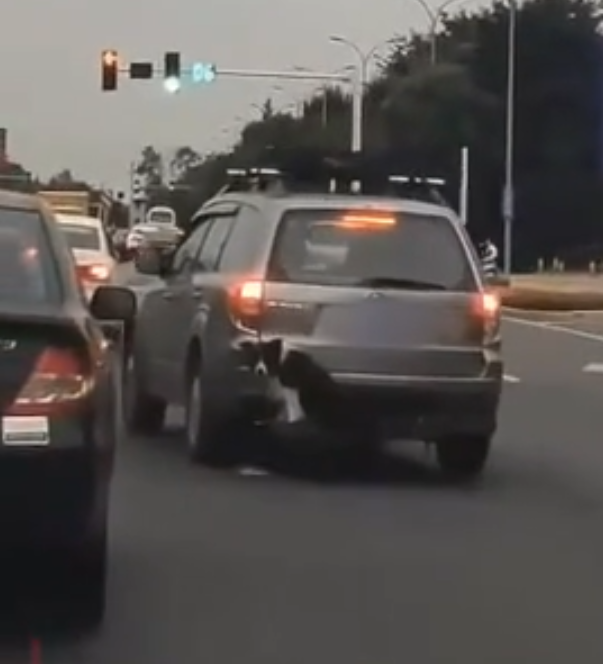 What is Yulin Festival?

The annual dog meat and lychee festival called the Yulin Festival begins from June 21 and ends on June 30 of each year. It is celebrated in Yulin, Guangxi in China.

Each year, the festival draws backlash from the international community amid concerns on animal welfare.