While ‘Chucky’ is one of the scariest characters of the ‘90s, being the main villain in a series of slasher films called “Child’s Play”, a dog recently went viral for being the most adorable ‘Chucky’ doll as it wore a costume for Halloween.

Chucky might be a doll straight from your deepest, scariest nightmares but Romeo the French Bulldog is the most adorable version of the doll you could ever imagine.

Vanessa Cheng shared a video of her French Bulldog dressed up in the meanest, scariest costume for Halloween, but 11-month-old Romeo is too adorable to be really scary. Still, Vanessa thought Romeo looked so cute in his costume that she decided to take a video. 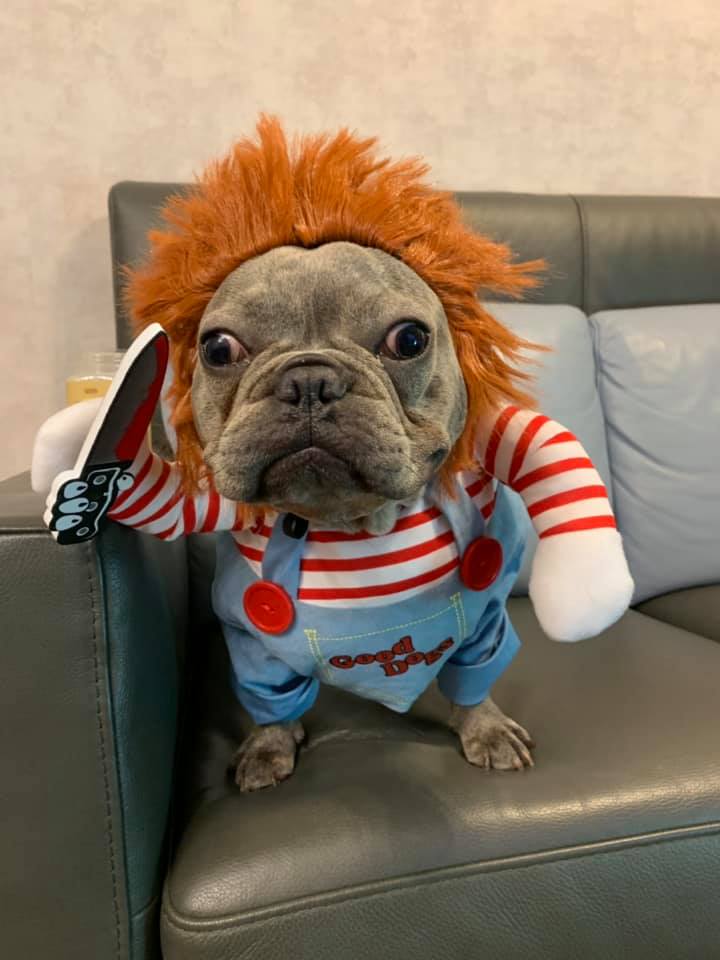 This proud human shared the video of her fur baby that would soon go viral, with netizens commenting that he would make a great addition to the movie, should the producers make another sequel.

Vanessa admitted that she’s not really a fan of “Child’s Play” and doesn’t like Chucky in particular, but when she found the costume, she thought that Romeo’s eyes perfectly matched the doll outfit. She’s actually right. 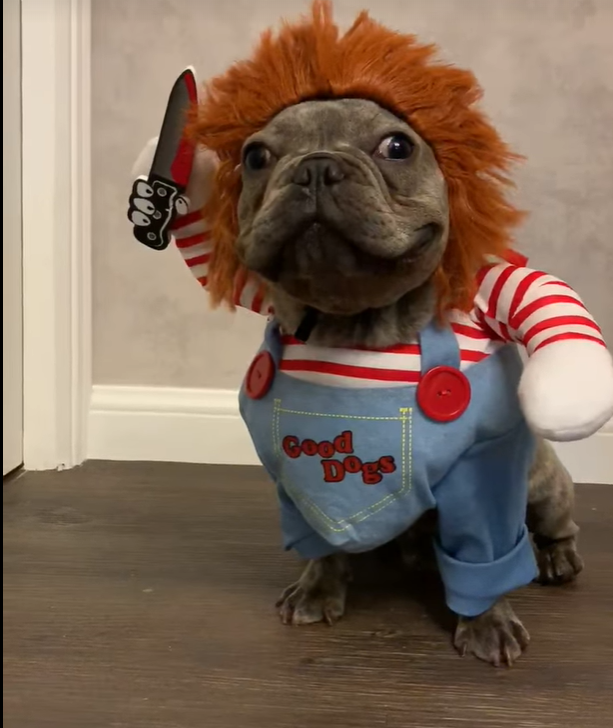 With a red wig, striped red and white shirt, and denim overalls, Romeo embodies the Chucky Doll like he’s meant to play the part! The little knife on the costume might have looked really scary for the real Chucky doll but Romeo managed to look even more adorable with the prop. He looks like he can’t even scare a fly! LOL.

A lot of “Child’s Play” fans love Romeo’s adorable outfit, even as he ran across the room in his scary costume. He’s just too cute! 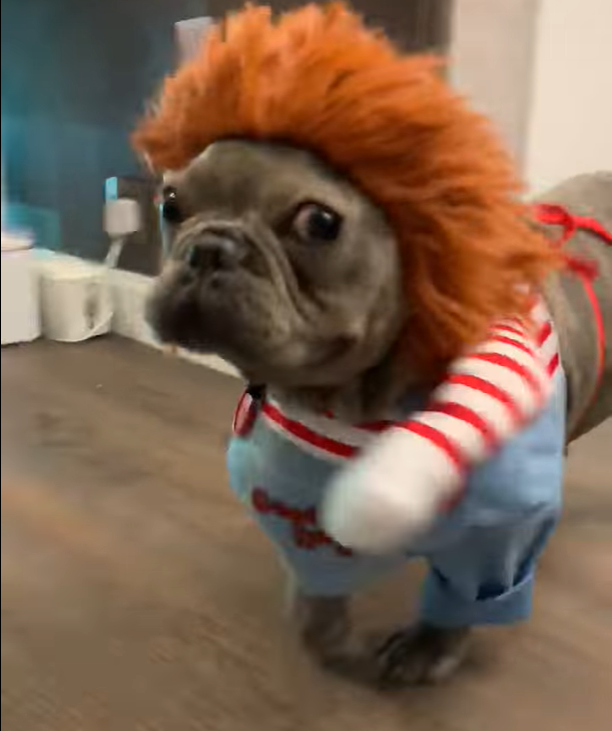 “I could watch this over and over. Thx for some pre-weekend humor!” a netizen wrote.

It’s cute how this dog managed to convert a horror character into one of humor.

For those who haven’t tried watching the “Child’s Play” film series, Chucky is the doll that sprung to life after a bad guy performed a voodoo ritual to transfer his soul into a Good Guys doll to escape the cops. Even without batteries, the doll could walk, talk, and even think like a human being because the guy was able to successful perform the ritual.

He is responsible for many ‘accidents’ but could easily get away by pretending to be a real doll.