In many countries, ladies must at least be 18 years old to get married but there are a lot of countries that actually allow men to take wives as young as 6 years old! What’s worse is that these men are old enough to be these young girls’ great-grandfathers!

A lot of these ‘child brides’ are also married off against their will – and actually with the blessing of their own parents! Most of the time, they have no one to defend them from the practice and many of these young girls die on their wedding night or in child birth. 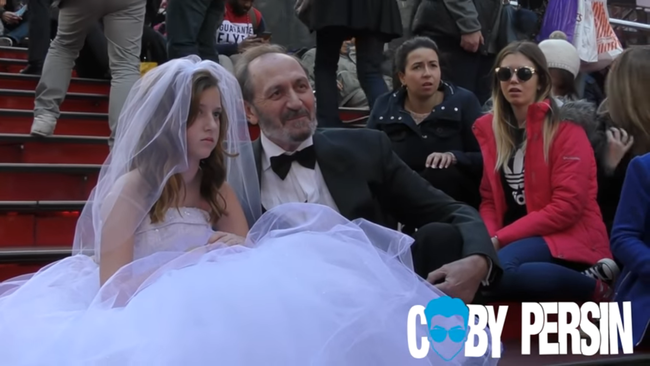 Persin and his crew posed as the photographers for the couple. They aimed to gauge the public’s attention and see if someone would step up to save the young ‘victim’ from the old man.

If you were there, how you react to a photoshoot involving an old groom and an obviously very young bride?

Well, many of the onlookers were rather bothered by what they were witnessing. Many watched the entire proceedings with raised eyebrows, talking among themselves and probably planning what they should do next. 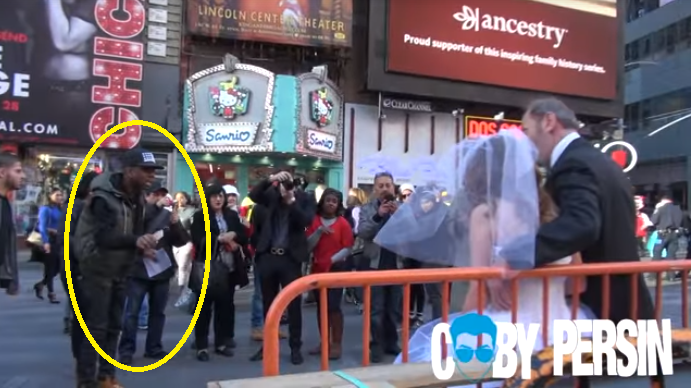 Some of the people there took photos of the disturbing moment while others chose to just ignore the couple, despite the girl looking rather glum on her supposedly ‘happy day’.

But, thankfully, many stood up for the little lady. A number of them tried to physically take the girl away from her old groom while others threatened to call the cops on the old man. They just could not accept the old man’s explanation that he had the permission of the girl’s parents! 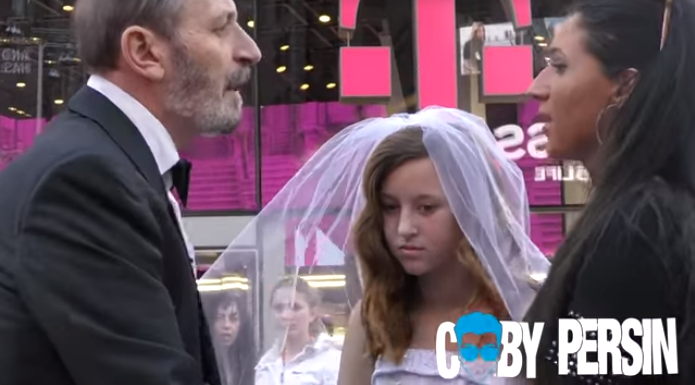 Things even appeared to escalate in some parts but while they did not post it on the video, we’re quite sure Persin and his team eventually cleared things out and explained to them that this was just a social experiment.