Andrew Montes, an overseas Filipino worker who was deported from Saudi, angrily posted on social media that he lost money and valuables in his check-in luggage! In the video, a woman could also be seen on the floor, apparently also suffering the same fate as Montes had.

According to Montes, before boarding the Saudia Airlines flight back to Manila last November 17, 2018, they were told to put their valuables inside their check-in luggage as such were not allowed. 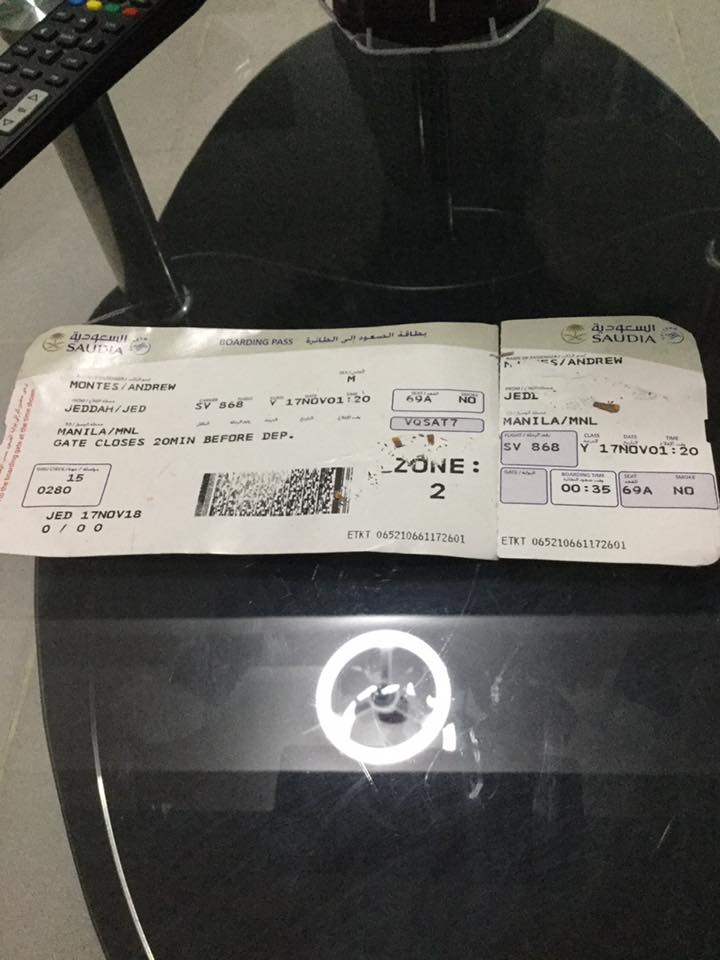 As he was being deported, Montes didn’t want any more trouble; thus, he complied with the instructions. But he made sure to put the valuables inside a backpack which he put inside the bigger luggage bag, for safekeeping. The bag was taped but this did not stop someone from tampering with his luggage. 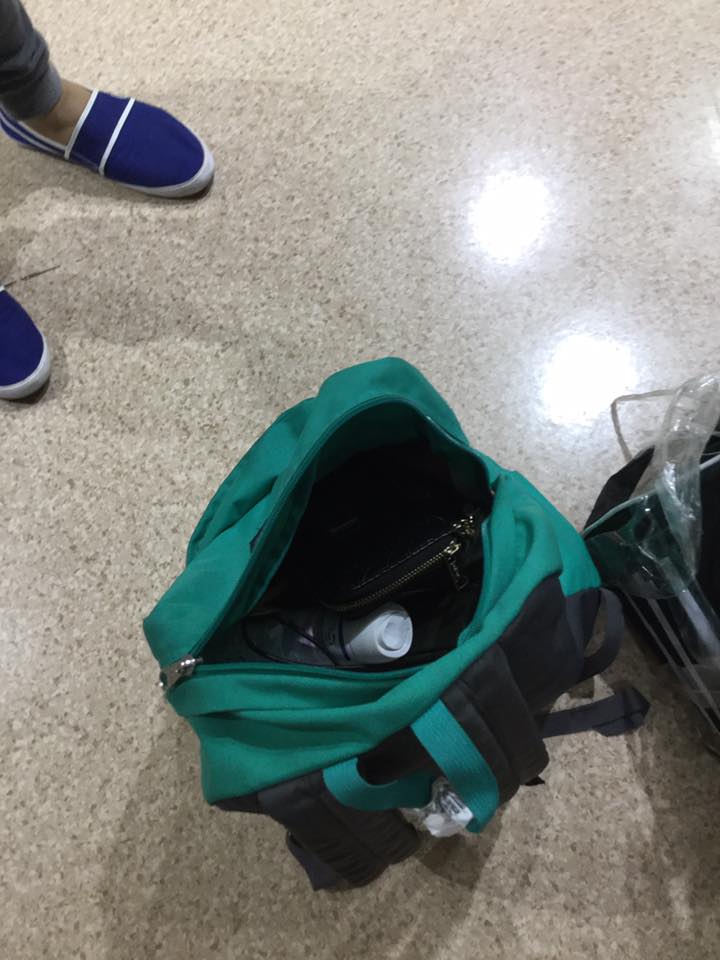 While he was unsure whether the items were already gone Saudi or had only been taken at the Ninoy Aquino International Airport (NAIA), the OFW expressed dismay over the items lost in the luggage. 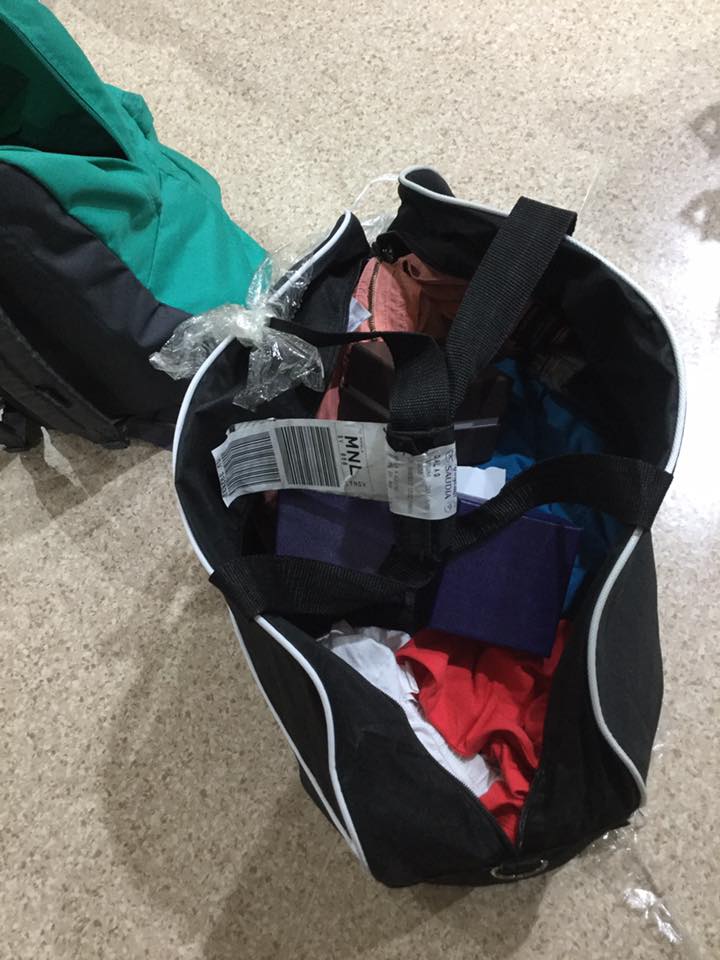 Not only did he lose an iPhone and all his watches, he also lost several rings, bracelets, and cash of 3,000 Saudi riyals (more than Php42,000)! 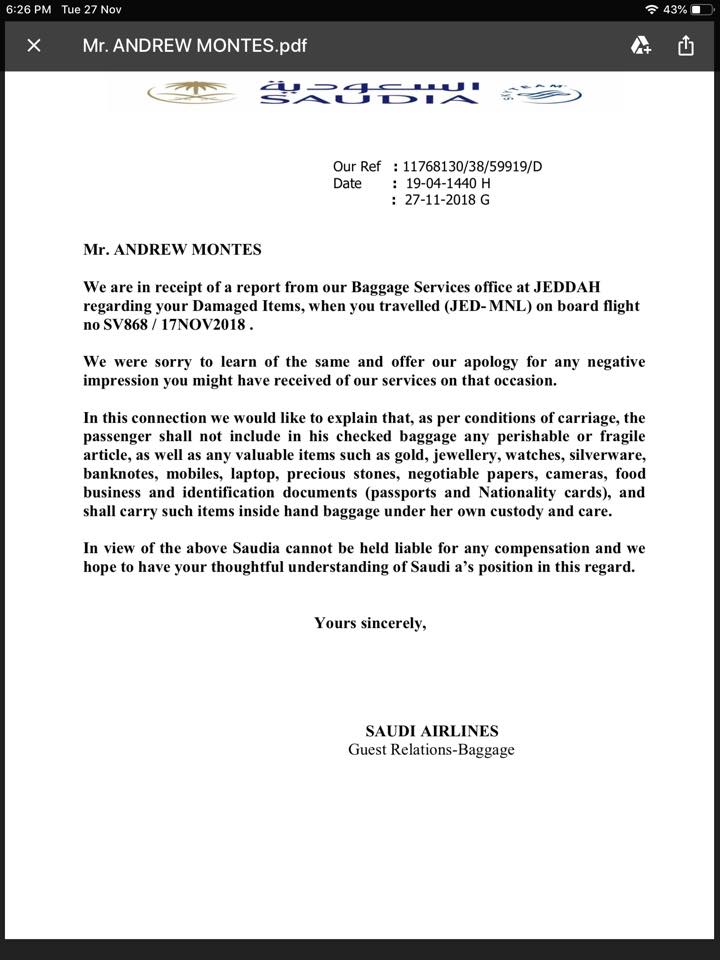 Sadly, the OFW received an email on Tuesday that the airline is not responsible for the loss of the above-mentioned items; thus, they are not liable for the missing items and won’t pay Montes.