Home
Lifestyle
Relationship
Dad Writes a Letter to His Daughter…About Her Future Husband!

His daughter is still small but this did not stop Dr. Kelly Flanagan from writing to her about her future husband. However, it is not what you think. He is not warning her not to have a husband nor is he psychic and asking her to stop marrying a particular guy.

What he wrote is a heartwarming epistle that touches the heart. Dr. Kelly posted the letter on his blog, aiming to share this golden nugget to other girls out there – and their partners, of course. 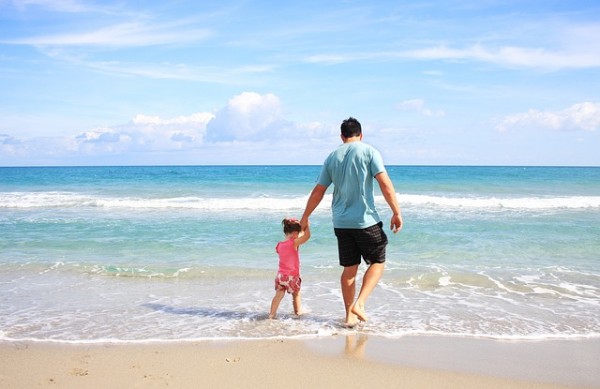 It feels great to have this piece of advice for the little ones of the coming generations, the ones who will soon follow our footsteps. Our generation is moving on and the new ones are going to take our place in the world. Let’s hope they will have the chance to read Dr. Kelly’s letter… 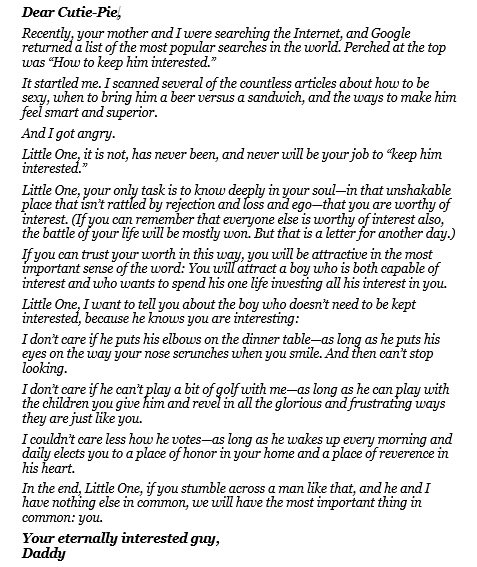 Dr. Kelly Flanagan: This post is, of course, dedicated to my daughter, my Cutie-Pie. But I also want to dedicate it beyond her.

I wrote it for my wife, who has courageously held on to her sense of worth and has always held me accountable to being that kind of “boy.”

I wrote it for every grown woman I have met inside and outside of my therapy office—the women who have never known this voice of a Daddy.

And I wrote it for the generation of boys-becoming-men who need to be reminded of what is really important—my little girl finding a loving, lifelong companion is dependent upon at least one of you figuring this out. I’m praying for you.

Ever since the beginning of the world when humans existed, we have formed various relationships with each other. Some relationships remain platonic while others become romantic, leading to marriage and family. Of course, marriage customs are different around the world, with some cultures still practicing arranged marriages while others also welcoming polygamy.

Despite there being love in the relationship before the marriage, this could deteriorate and lead to hate. Thus, divorce and separation happens. So, we can understand why Dr. Kelly’s search results produced those figures.

Hopefully, many women and girls will get to read Dr. Kelly’s piece of advice and take it to heart…