If you had been following the news these past months, you would have probably noticed how the media has been reporting about the intensive drug campaign of Pres. Rodrigo Duterte and Philippine National Police (PNP) chief Director General Ronald dela Rosa as well as other negative aspects of this administration.

But is the Duterte administration really just focused on fighting drugs and forgetting everything else? No! There had actually been a lot of accomplishments for the Duterte government but most seem to have been ignored by the mainstream media (and they are wondering why the MOCHA USON BLOG has a high engagement on Facebook).

Tired of the media ignoring the administration’s accomplishments, Department of Agriculture (DA) Secretary Manny Piñol slammed the media for being the ones who were obsessing with drugs stuff and overlooking what the government has actually accomplished so far. 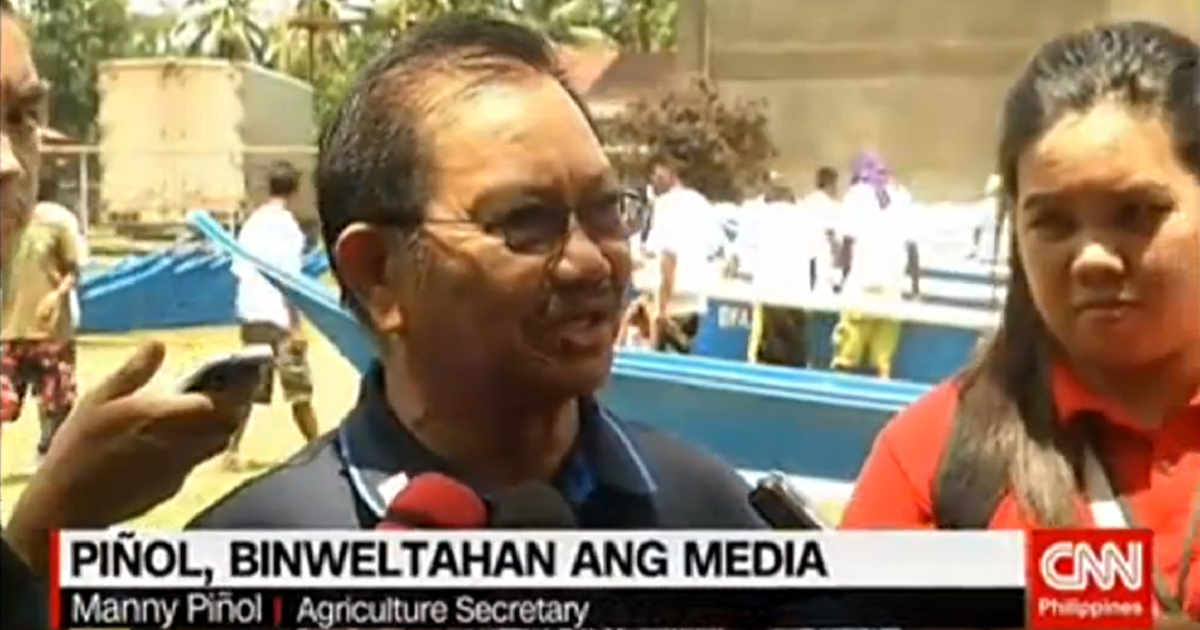 Screenshot from report by CNN Philippines

In a lengthy post on Facebook, he listed some of the accomplishments which had been accomplished by his department alone.

“I called the attention of the media to the performance of the Department of Agriculture over the last 100 Days and pointed out that almost P1-billion worth of interventions, including farm equipment and machineries, livelihood assistance, rice and corn seeds, farm to market roads, fishing boats and other support services were delivered in record time.

Just in a period of 100 Days, the Dept. of Agriculture has already visited and held dialogues with agriculture and fisheries stakeholders in almost all provinces of the country except for about a dozen or so.

More than the roads, equipment, seeds, fishing boats and other livelihood assistance, the Dept. of Agriculture has accomplished monumental and historical achievements.”

Aside from these accomplishments, he also wrote other programs that the DA had achieved.

These are staid stuff which do not generate readers’ or viewers’ interest and should just be in the inside pages or mentioned in a by-the-by manner.

But the picture of a woman coddling her slain suspected-drug-pusher-husband gets splashed in the front pages. It’s dramatic and emotional.

Or the reported list of movie stars and actors get prominent space and airtime because these stories sell.

So, who is obsessed with the anti-drugs campaign stuff?

Ask the media. They should know.

What is the MOCHA USON BLOG?

The MOCHA USON BLOG is the official blog of sexy star turned political blogger, Mocha Uson. She’s a staunch supporter of the Duterte administration and has become the voice of the ‘Dutertards’, as what Duterte detractors are calling the president’s supporters.