When Carden Corts, 6, of Nashville, Tennessee, was asked by his teacher to do a project on the different types of weather, his dad decided to help make the project more realistic. The result would make waves on the internet, propelling little Carden to internet fame.

Dad Charlie Corts works as head of operations for Rated Red, a digital video network; thus, it was quite easy for him to create a video where Carden stars as the weatherman. 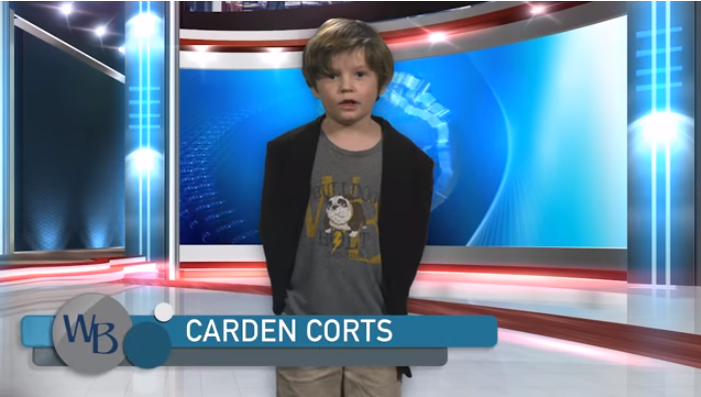 The adorable little weather man introduced himself at the start of the video, much like any other professional weatherman on TV, “Hello, Nashville! I’m your local weatherman, Carden Corts!”

Dressed smartly, Carden really looks the part of the local weatherman; though he did make a little disclaimer on the clip, “I’m not an actual meteorologist.” While people won’t surely be pleased to hear that in a real weather report, it worked wonders for this adorable kid.

Netizens couldn’t help but comment on how cute Carden was as a weatherman and that he did look the part, delivering the rehearsed speech as if he was a real weatherman on TV. Perhaps he will make a career out of this in the future?

Dad Charlie revealed that the clip actually took just around 10 minutes to shoot; though he did spend hours working on the edits. But the results were adorable.

Little Carden showed some weather types, starting off with a hurricane that nearly blasts him off the screen. LOL. All that was special effects made by his dad, of course, but his fearful reaction was so cute nonetheless. 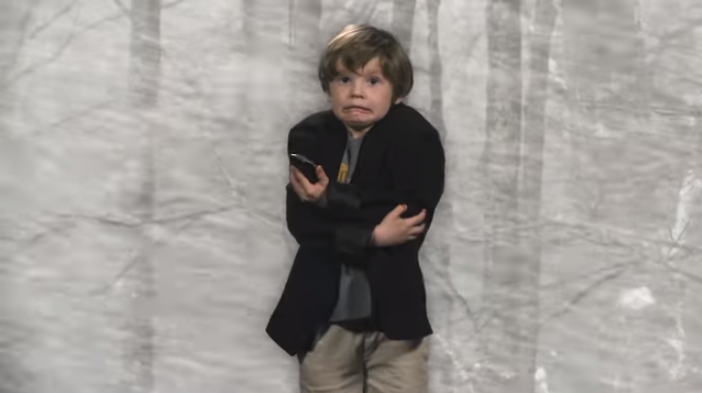 With the push of his remote control, the weather system changed to snowy. Poor little Carden had to shiver in the cold but he hurriedly clicked the button to show another weather system; although this time he appeared cool and composed despite the tornado twisting towards him in the background.

But just like most students, he was looking forward to the sunny weather and spring break!