In war-torn Afghanistan, a photo of 5-year-old Murtaza Ahmadi wearing a soccer jersey made of plastic bag was taken and shared on social media by Homayoun, his 15-year-old brother.

Although Homayoun had only meant to share the photo with their family and friends as it was him who made the jersey for his little brother, the photo went viral, anyway.

The “jersey” had his soccer hero Lionel Messi’s name although the young boy has not met his idol – and the meeting might be impossible because Murtaza is living in a Taliban-controlled area – still, the siblings are hoping to meet Messi in person.

Murtaza revealed to reporters that although they had a ball to play with, it is actually punctured. Since sports are rarely played in the war-torn country, the boys had little chance to have fun. This did not stop Murtaza from watching soccer and hoping that he would be able to meet his idol someday.

When the story had first gone viral, Murtaza was mistakenly identified as an Iraqi Kurd but one of his uncles, stationed in Australia, recognized his face on the pictures and called the paper to correct the reports. 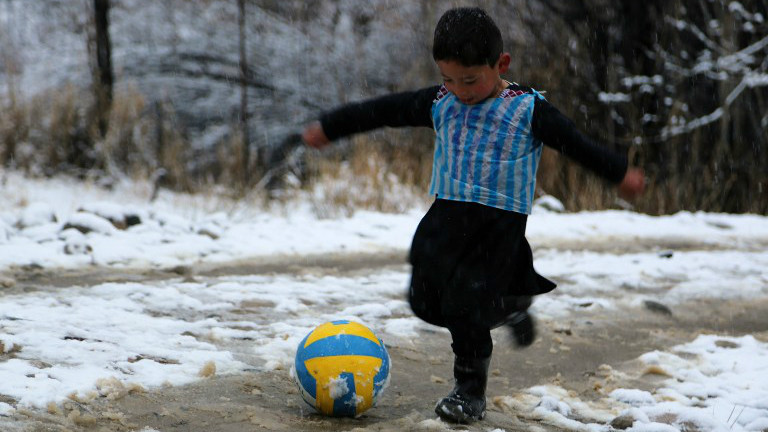 The boys’ dad, Mohammad Arif Ahamdi, revealed that he is just a poor farmer with six kids; thus, he could certainly not afford to buy Murtaza a new jersey, especially the “branded” ones. In fact, he does not even have the money to buy even just a replica jersey!

Thankfully, it was Homayoun who had the brilliant idea. With the story going viral within just days after it was posted, we’re all keeping our fingers crossed that the boys’ soccer idol would find the post and send the child a proper jersey and, better yet, arrange to meet him in person…

Jerseys are garments that are often worn by athletes as uniform for the team. This type of clothing is made of special material (often made of polyester and other easy-dry materials).

More often than not, these jerseys have the names (often family names) of the players printed or sewn at the back, come complete with the player’s designated number, and have the team’s name, among others.