Home
Videos
Funny Videos
Model Goes to the Bahamas for Photoshoot, Gets Bitten by Pigs

A fitness model was just having a fun photoshoot with friends at the Bahamas when she got chased around and bitten by pigs! Ouch.

Michelle Lewin has 13.4 million followers on her Instagram account and another 8.8 million likers and followers on Facebook. She’s certainly a popular figure – but her figure nearly got knocked out by pigs while she was visiting the Pig Islands, Bahamas. 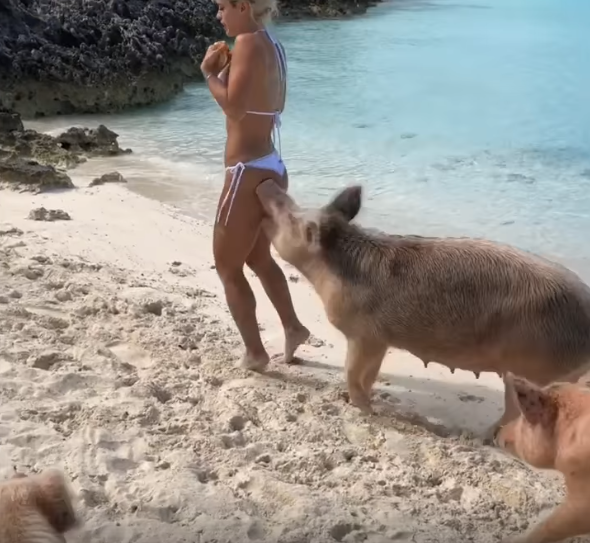 Yep, there’s such a thing as Pig Islands at the Bahamas! And just as the name suggests, this place is really overrun by wild pigs – they are all over the island, freely roaming around instead of being put in pigpens like what we could imagine in a farm.

Lewin was hoping to take a fun video with the pigs at this beautiful island at the Bahamas, but the pigs had other plans. While her companions took a video of Lewin posing on the beach with the pigs, the animals thought her booty was too delicious to resist. They began to chase her around and tried to take a bite off her butt. Ouch. 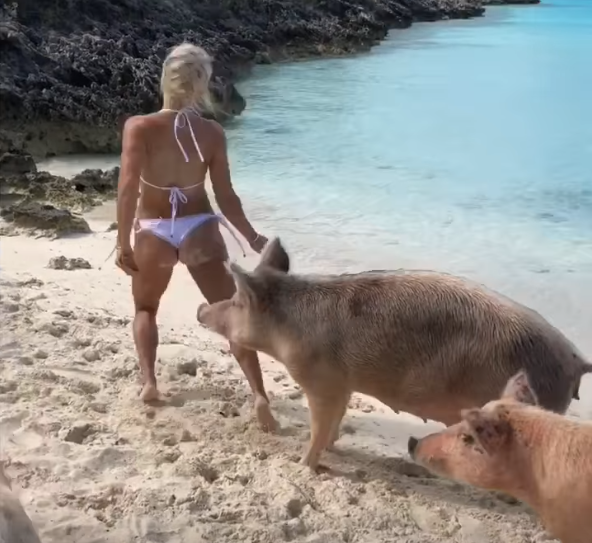 The poor woman screamed as she tried to run away from the pigs! Whew. That was a really scary sight, but her companion couldn’t do anything but film away as the pigs continued to chase the poor model. 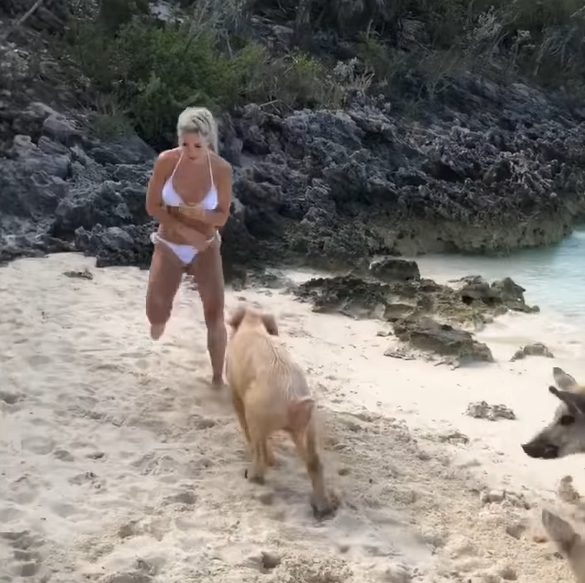 While it was a bit scary to watch, a lot of netizens had a good laugh over Lewin’s video. Many joked that they knew exactly what those pigs were feeling that’s why the creatures chased the woman around. LOL. Silly guys.

“It’s definitely off her bucket list. We understand that they are wild animals. And we’re entering their territory. It’s our own fault,” Lewin’s husband told reporters. 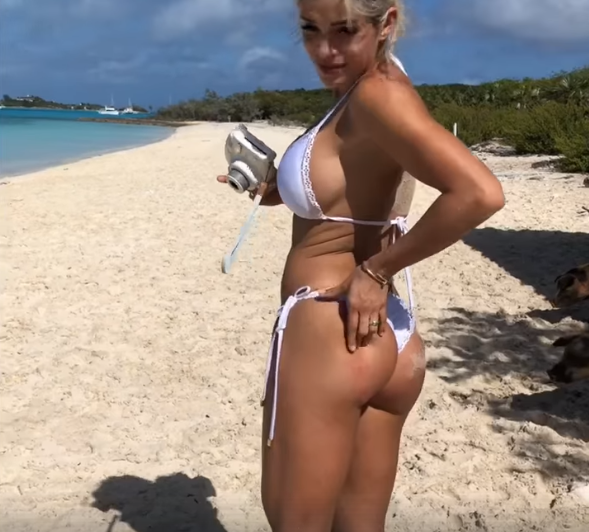 The rather hilarious video has been viewed more than 17 million times on Facebook and 6.4 million times on Instagram. Whew! These pigs are famous now. We do hope they weren’t turned into roast pigs after the incident, but the poor model did get some bruises from the pigs’ bites.