A customer surprises an artist by offering to pay Php15k for a painting order. Considering that there are so many customers who always ask for lowball prices for such art, this customer definitely rocks!

These days, there are so many people who look down on artists’ talent and think that they don’t have to pay a lot of money to someone who can just finish the drawing so quickly! There have been so many viral stories of people, especially so called ‘influencers’, who even try to ask the artists to do something for free. Tsk. Tsk.

But one customer has made an artist so happy by offering him Php15k for the order! Danilo Parpan Quizon Jr. shared a photo of his work while also narrating their conversation.

According to Danilo, the client sent him a message with a picture of a family posing in their casual attire. The client wanted to know if he could transform the picture into a formal family portrait. Considering what the family was wearing, this would certainly require a lot of talent and imagination in the artist’s part. 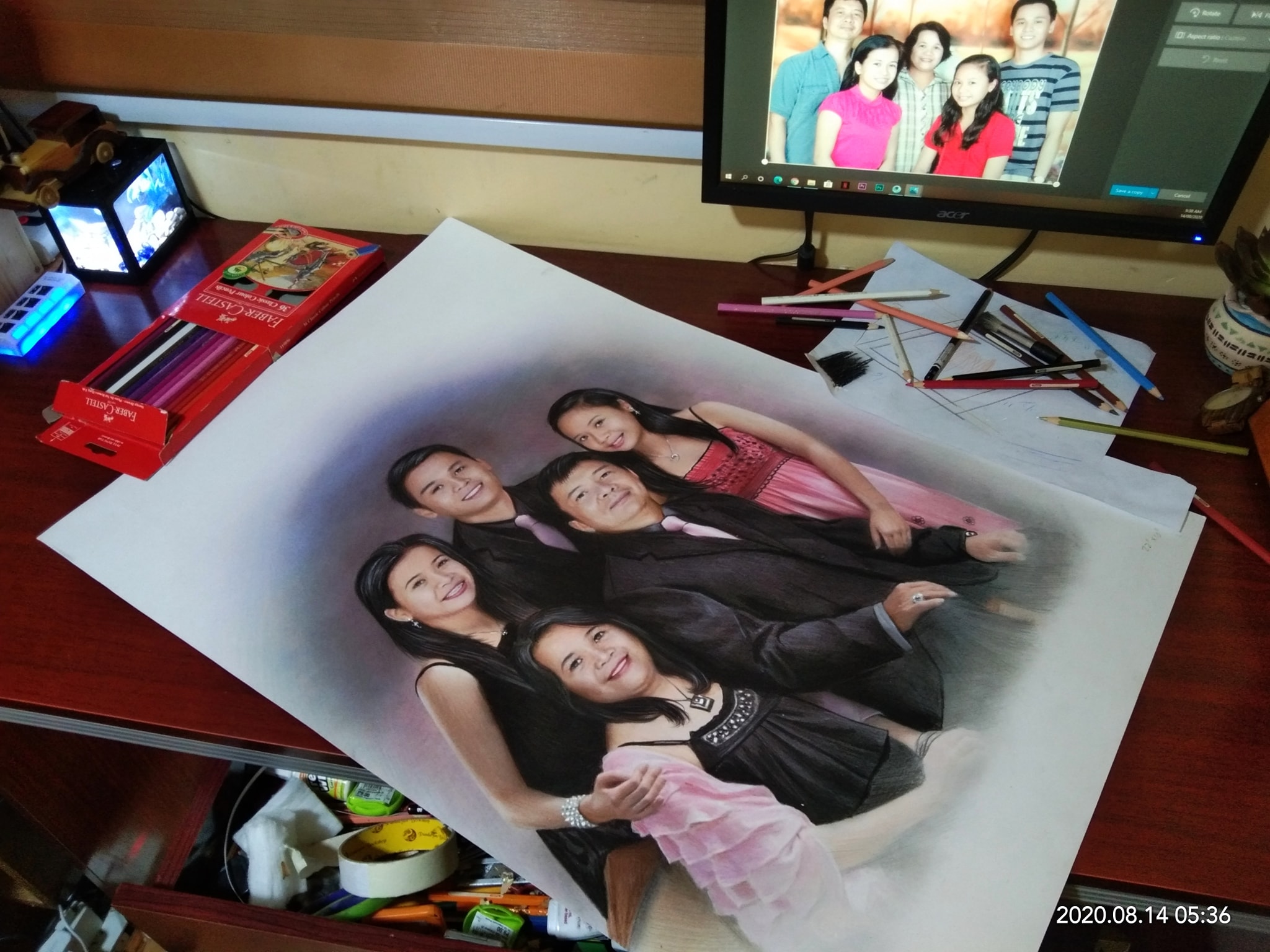 Danilo was still trying to think of an excuse as to why he could not do the portrait when the client continued with the chat, telling him they are offering Php15k for the job.

Quickly, Danilo asked the client when they would need the portrait. In his post, he joked that it is alright for him to just sleep for the next 3 days, now that portrait is complete.

While Danilo was so happy with the client’s offer of Php15k for the portrait, netizens can’t also help but admire his talent and tell him that he really deserves the client’s payment! After all, as can be seen in the snapshot he shared, the portrait he made looks absolutely legit!

The family really looked like they posed for the photo while wearing formal attire. Impressive talent!

What is a Formal Portrait?

A formal portrait is a posed picture or painting of a person or a group of people designed to highlight something. In formal portraits, the subjects are often in formal clothing, often do formal poses that make them appear to be engaged in some activity or looking away.

But formal family portraits are also quite common and features a family, usually posing like they are in a formal room. Often, the parents are seated while the children stand behind them.