A couple who met in the Philippines some years ago have taken the internet by storm with their signature ‘dip kiss’ photo, shot in different locations all over the world. Isn’t that sweet?

Rob and Joli Switzer met in the Philippines back in 2010 while with a party of other travelers. The Pinay remained in the Philippines while Rob went back to his hometown in the US. It was not until 2013 that that two actually became a couple. 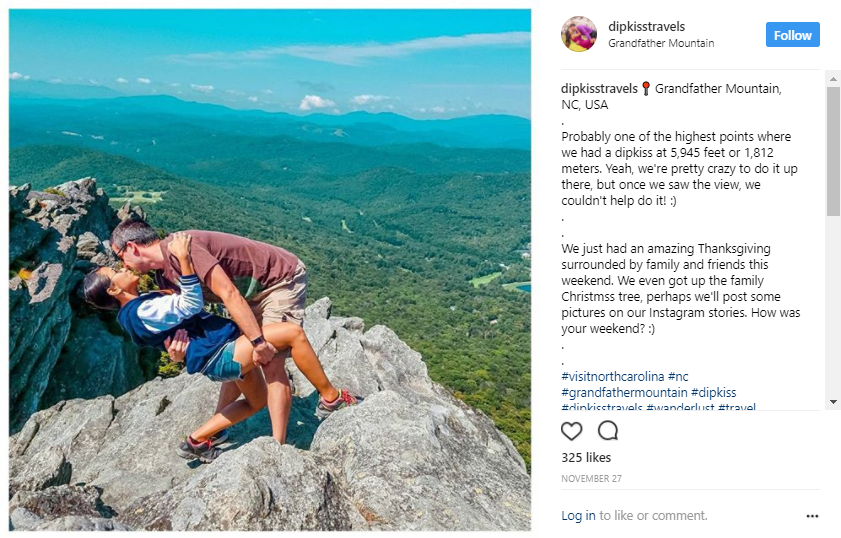 But their relationship would face a huge road block: they were thousands of miles apart! But despite being oceans away, the two managed to maintain a wonderful relationship with each other.

To keep the flame going, they decided to add an extra challenge to their already challenging relationship: instead of one traveling to the other’s hometown, they would meet up at some other part of the world. It was awesome! 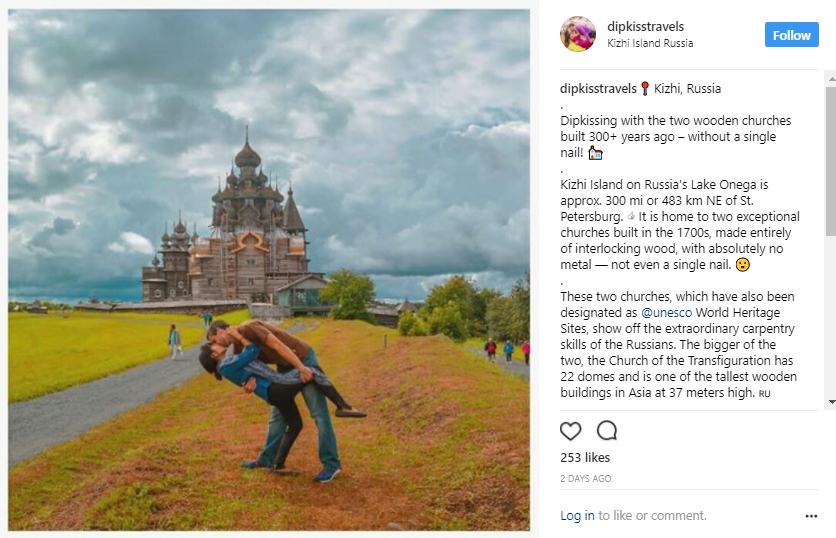 They would soon create their signature ‘dip kiss’ photos, taken in various places around the world. Just like the ‘follow me to…’ couple who always takes photos of the girl (she always poses with her face towards the tourist attractions) pulling her boyfriend towards the tourist spots, Rob and Joli would always take the dip kiss photo wherever they went.

Of course, they still posted other photos, including some that actually showed how they looked but many of their followers would soon look forward to their dip kiss photos in the new places they visit. 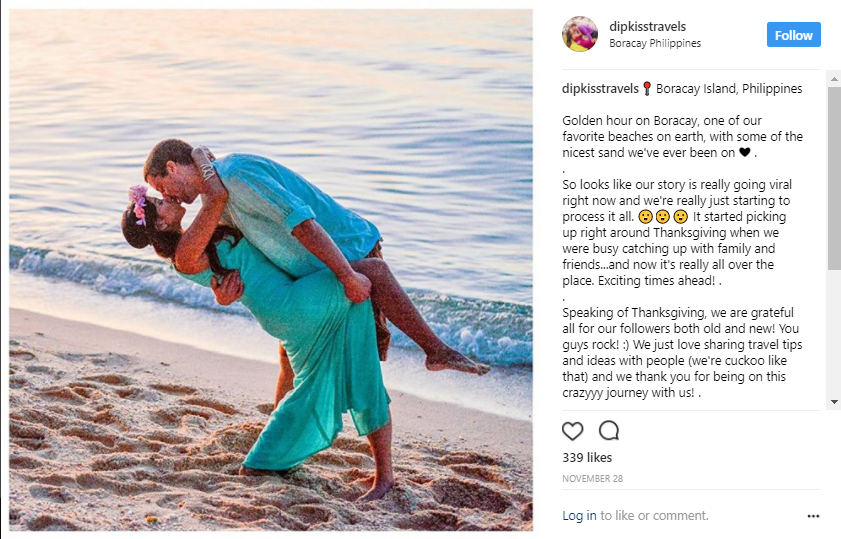 After years of traveling around the world and taking dip kiss photos, the couple finally got married in the Philippines last June. And as expected, they also took a dip kiss photo at the wedding!

We can’t wait to see more of their photos as they travel to many more spots around the world.