Most husbands would do everything to protect their wives, particularly if the woman is pregnant. So, there have been a lot who would sacrifice their own comfort to make their wife happy and safe.

A Chinese husband recently went viral after he became a ‘human chair’ for his tired pregnant wife at the waiting area of a medical facility. They were waiting for their turn in a rather crowded waiting area, with no place for them to rest before their number was called. 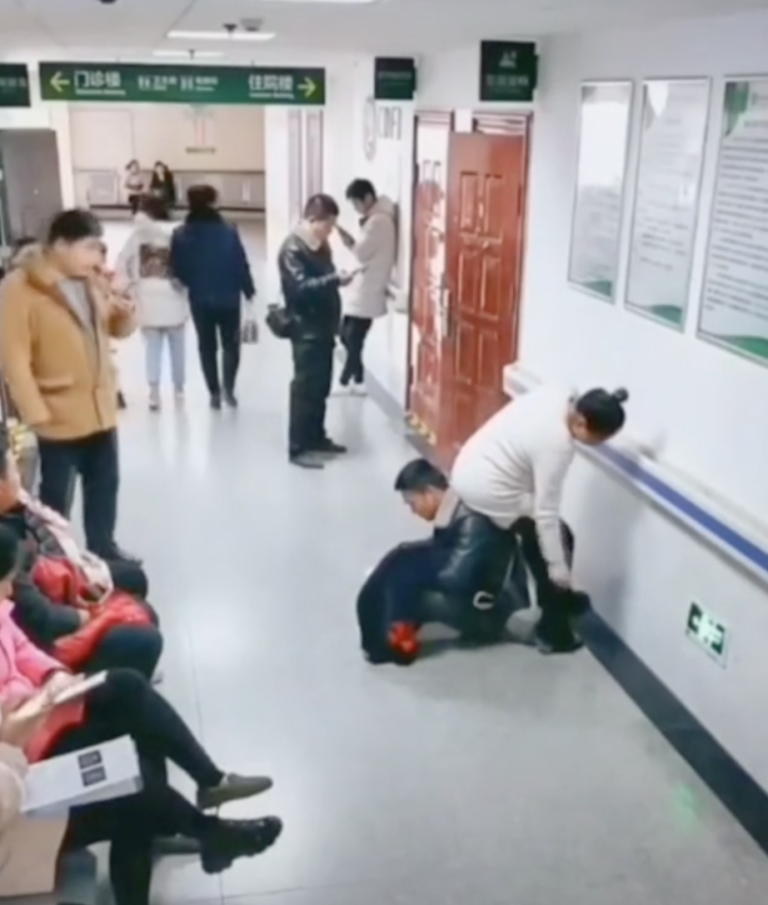 This happened at a medical facility in Hegang, a prefecture-level city in Heilongjiang province of the People’s Republic of China. The place was crowded, with lots of patients and their companions at the waiting area. And while there were those who weren’t pregnant or appeared to look healthy, no one gave up their seat for the pregnant woman.

After standing up for some time, the pregnant woman got really tired. She could be seen massaging her legs and trying to reach her tired feet. It was clear that she was tired and her feet might be numb, but no one offered them a seat even then.

So, the husband realized that he must do something about it. Instead of asking the other people to give some space, the guy crouched on the floor and readily became his pregnant wife’s ‘human chair’. The move was met with mixed reactions from netizens. A lot were angry at the others in the waiting room for not giving up their seat, but most expressed admiration on the husband for doing this to the woman. 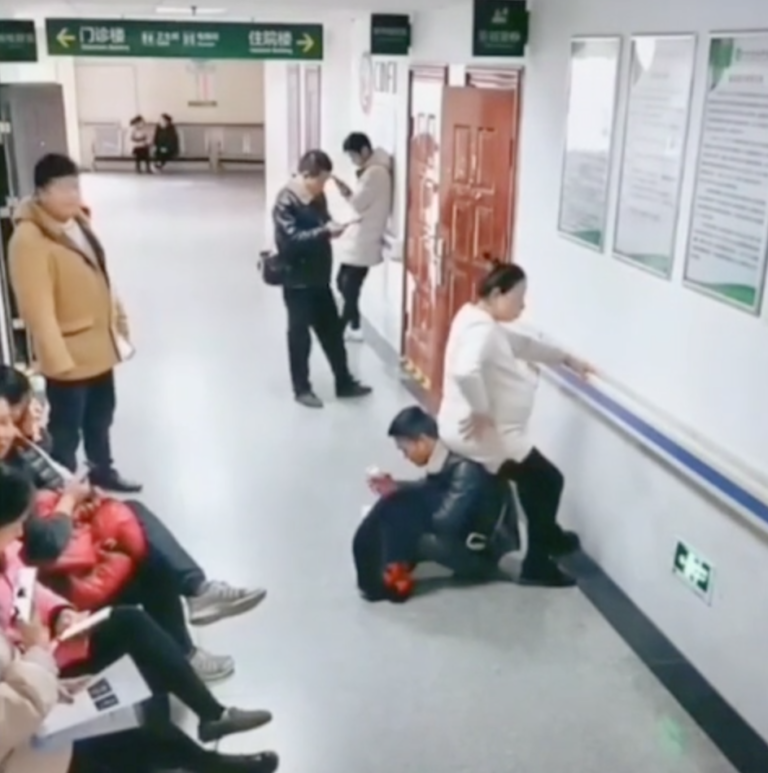 Some netizens said this is an act of true love and that the guy is truly a hero to his wife and unborn child.

As its name implies, a waiting room or waiting area is a holding place where visitors or patients are asked to wait so they won’t crowd in the smaller space, often a doctor’s clinic.