Traveling at a velocity of 78,000 mph (125,500 km/h), a giant asteroid believed to be around 1.5 miles (2.5 km) wide is set to make its closest encounter with Earth on Halloween, October 31, 2015. Considering its size, speed, and the distance it will come close to Earth, the National Aeronautics and Space Administration (NASA) has classified this asteroid as “hazardous”.

But do not worry – we are not doomed yet. There’s no need for Earth to send astronauts to blast this rock to pieces because as “close” as it might zoom on its erratic orbit towards our planet, NASA believes it won’t be hitting us anytime soon. Of course, this is not 100% accurate as NASA admits the asteroid’s orbit is erratic that they are not sure where exactly it will pass yet they also think the space rock would be closer to the moon than the Earth during its closest pass.

Currently named as Asteroid 2015 TB145, this space rock is believed to be the only giant asteroid to come close to Earth until 2027. Again, this is not guaranteed as this asteroid was only discovered just a few weeks ago! 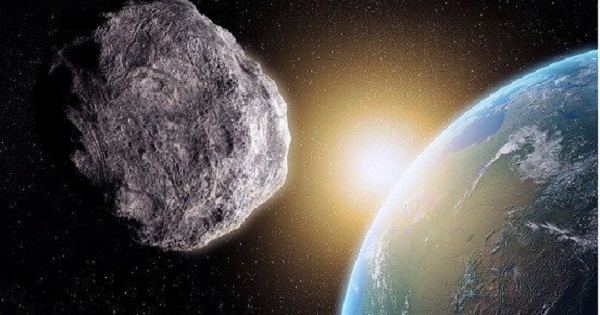 NASA’S Jet Propulsion Lab’s Near-Earth Object Observations program is the agency tasked to monitor all asteroids, especially those who have the potential to hit the Earth. The agency will issue a warning in case any rock is due to collide with Earth; thankfully, the agency does not believe Asteroid 2015 TB145 is going to hit us.

This is good news! After all, a space body just ¼ mile wide can easily cause global devastation – and Asteroid 2015 TB145 is 1.5 miles wide! 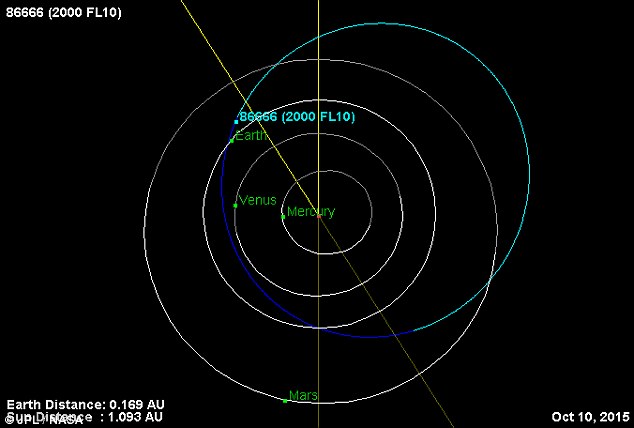 The asteroid’s predicted orbit in relation with the Earth and other nearby planets
Photo credit: NASA/Daily Mail UK

According to NASA, the asteroid’s closest encounter with our planet is at 310,000 miles (499,000km) away, a distance that is 1.3 times that between the moon and the Earth. So, yeah, there’s really nothing to worry about.

If you’re interested in seeing this giant space rock, this might be a bit tricky as it could not be seen with the naked eye and you’ll have to use a telescope to find it. Still, it is nice to feel safe and assured that this scary asteroid is not going to cause global extinction anytime soon.