Proving that there really are some people who would do anything and everything just to get their 15 minutes of fame, an old man in Latvia spent four years of his pension to buy 12,000 liters of Coke so he could drive into a ‘pool of Coke’ and go viral!

You would think such ‘stupid’ feats would only be done by young people but this old rocker proves that age is not a factor because, well, everyone wants to become famous, right?

So, he got some youngsters to help him film his feat – and to prove that the pool was indeed filled with Coke and not some black-colored liquid such as ordinary water with coloring, they filmed the pool from start to finish. 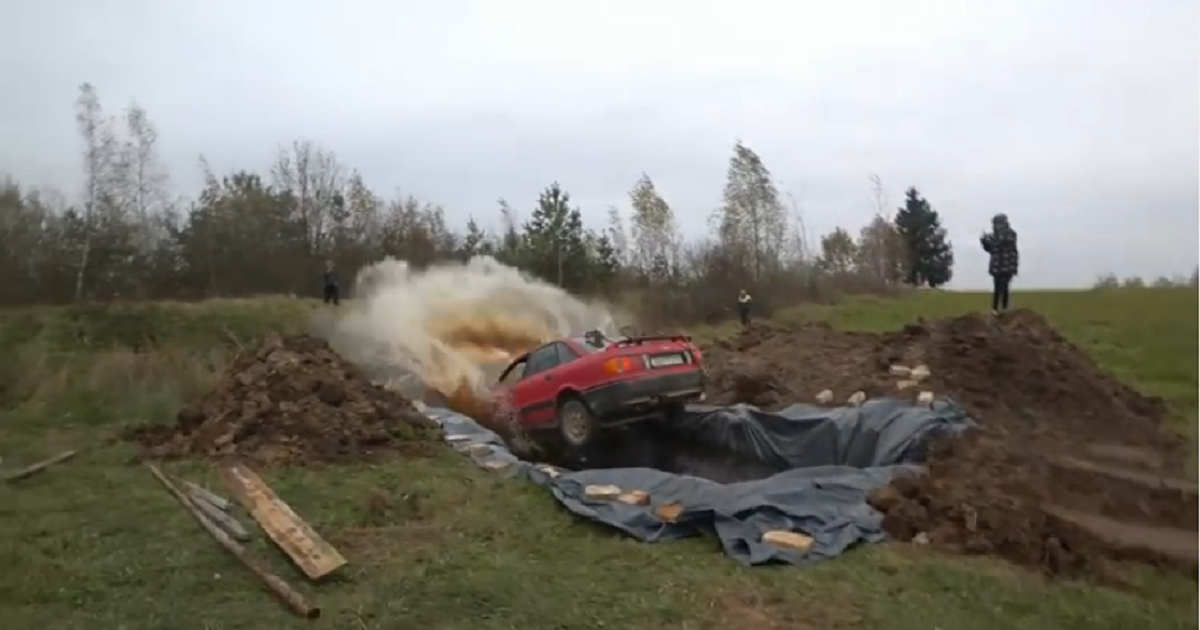 Screenshot from video by Go Huge

At first, the pool was empty and only had a plastic lining to ensure that the Coke stays in place but as the video progressed, the pool soon filled out.

According to the ‘Angry Grandpa’, he spent 8,000 euros on this feat even when his pension is just 2,000 euros a year – but this did not matter to him because he wanted to be famous and go viral. Also, his kids send him money for his medications so he might as well save his pension to do something incredible.

But will it work for him? We’ll see…

After pouring in the last bottle of coke to fill the swimming pool, this grandpa then took his old Audi for a spin with the main goal of hitting that Coke swimming pool!

Wearing a crash helmet and protective clothing, the ‘Angry Grandpa’ drove towards the Coke swimming pool at top speed, hitting and diving into it as planned.

While we have to admit that nothing really spectacular happened except that he had hit the pool spot on (as if it wasn’t such a huge bulls eye!), the internet was particularly kind to the old man after learning he did it to become famous. So, everyone shared the video in hopes that it would go viral so the old man would get his wish to become viral and to, hopefully, help him get his money back.

Less than a month after the video was posted, it has gained over 1.25 million views and he’s been interviewed on TV! He finally got what he wished for! Let’s just hope he earns back those 8,000 euros from the viral stint and that he wouldn’t do anything dangerous and crazy like this ever again…