As cliché as it might sound, a lot of stories have proven to us that dogs are truly man’s best friend! But there are also moments when we could not help but wonder whether the owner is abusing his/her pet’s unconditional love.

Take for example this video of a man riding a makeshift cart driven by a dog. While the idea is cute and the cart looks like a mini chariot, a lot of people have commented on the said video that dogs are not horses and that these pets are friends, not slaves!

This pet owner is certainly being lauded by a number of people as being ingenious for finding a way to have a vehicle yet can this also be considered animal abuse? After all, the dog does not appear to be bothered by the run or perhaps it has been well trained to carry the cart and its passenger around. 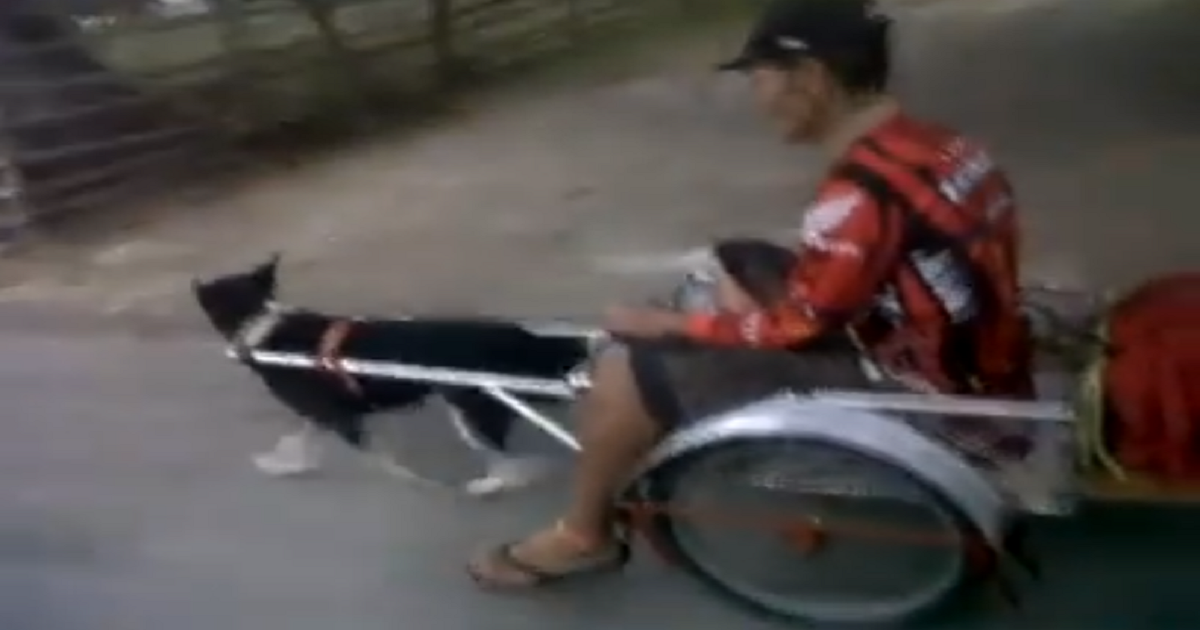 We’re not quite sure how this man navigates busy intersections and crossings, whether the dog obeys all commands but if this was a well-trained dog, then that really is not a problem.

Now, is carrying a heavy load considered animal abuse? If the heavy load is a cart with well-oiled wheels, it wouldn’t be as hard to pull compared with sleds driven by sled dogs in arctic areas, such as in Alaska – if those dogs could do the job without animal rights activists complaining, why can’t this cart-pulling dog and its owner be left in peace? Perhaps because this was in the Philippines?

While the use of sled dogs has been reduced to rural areas and tough spots because of the creation of various forms of transportation, there is no denying that their job is quite important to those who live in these remote areas or to explorers.