Hunting is a sport that continues to hold controversy as there are plenty of animal rights groups who believe that killing animals for fun is a practice that must be stopped because it is only done for the satisfaction of humans, not to fulfill their need for food.

More often than not, these defenseless creatures die in the hands of these hunters who, then, take photos of their kill for bragging rights on social media – much to the anger of netizens.

But there’s this video which still angered netizens but also provided them with some level of satisfaction after the hunted animal becomes the hunter because it pretended to die after getting shot!

In the video recently shared by High End Hip Hop Entertainment, a hunting group had set its eyes on a black bear in a forest that was reported to be in America. 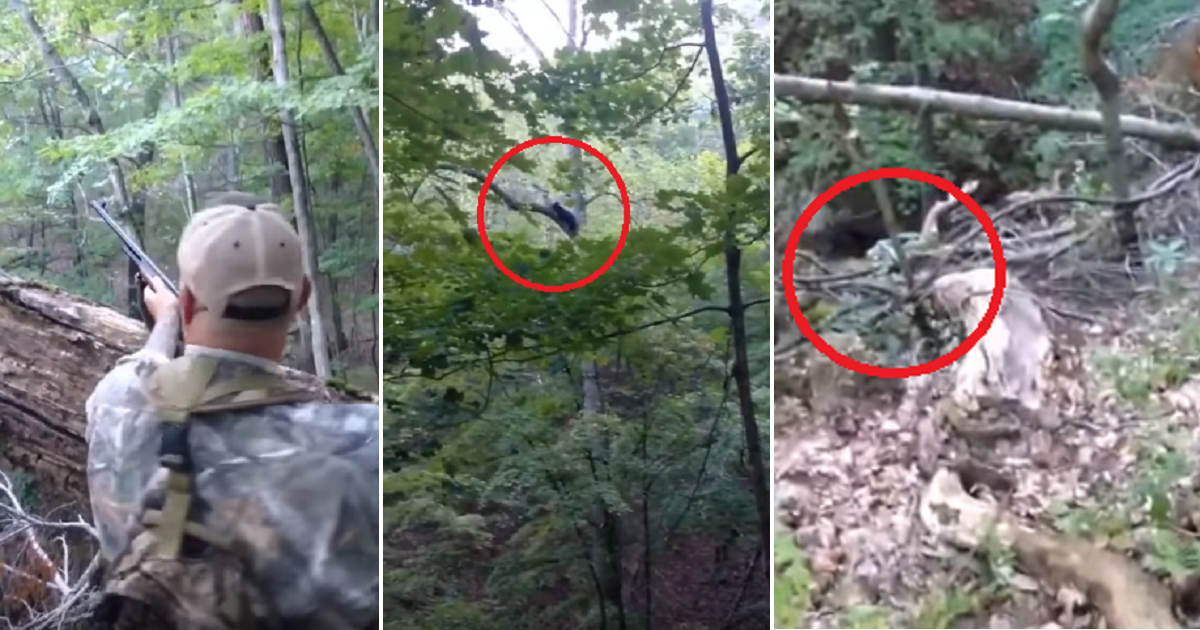 A man was receiving instructions from the guide on how to go for the kill. The black bear was trapped at the moment. It was up on a tree and there were several barking dogs on the ground. It had nowhere to go.

While the guy with the camera and the main shooter prepared to take a shot, a third guy could be seen at the base of the tree. It was probably his first time to witness a bear hunt and was excited to get the best view.

After the hunters fired shots at the bear, it fell to ground and looked like it was dead. The excited man at the base of the tree rushed to creature – but that turned out to be a huge mistake. The bear was apparently “playing dead” but was very much alive! It scrambled to its feet and attacked the hunter.

The man was seen screaming in fear and ran for his life, with the bear on his heels! The video cuts off right there but the uploader revealed that the man actually survived “with minor injuries”.

A lot of netizens laughed at the video, saying it was karma for the hunters. What do you think?