Music always makes a great companion when working, doing some chores, or enjoying some outdoor activity. Despite that, being aware of one’s surroundings should be top priority.

Take it from Kelly Murphy, a YouTuber who recently ended up in a not-so-pleasant scenario when she recently went snowboarding at Hakuba 47 Winter Sports Park in Japan. She recorded some video footage while she was snowboarding and singing ‘Work,’ a song by pop star Rihanna. 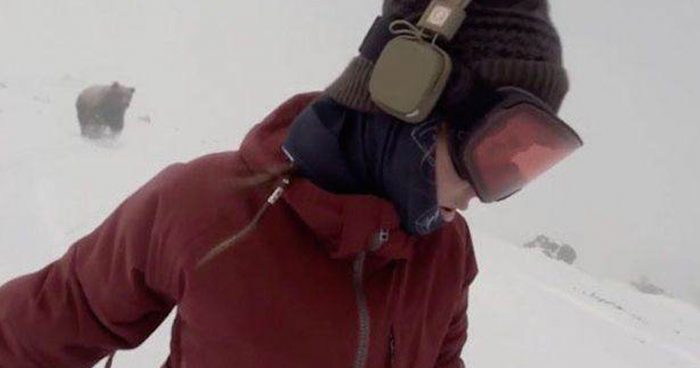 According to Unilad, Kelly was just enjoying her time when a huge bear suddenly appeared out of nowhere and started heading towards her direction. Since she was wearing a headphone, singing along the tune, and holding a selfie stick, she was completely unaware about the animal behind her.

Fortunately, the bear never caught up with her.

Kelly never realized the danger she was in until she uploaded the video on her YouTube channel. She later wrote:

“I was singing Rihanna ‘Work’ and didn’t know it was behind me! OMG! I was going through my snowboarding videos and I found a bear chasing me! I nearly got eaten!”

Hakuba 47’s ski slopes reach as high as 5,000 meters and Asian black bears are not rare in the mountains. There have also been several reported incidents of bear attacks in the area of Nagano.

Browsing through the comment section, however, it seems most YouTube viewers aren’t really convinced with Kelly’s claims.

“It’s a fake viral video. To be fair this would make a great advert for noise cancelling headphones.”

“Fake. The sound of the bear is from World of Warcraft, when you “mount” a virtual bear. You can also tell the bear is Photoshopped in. Nice try, though.”

What do you think? Is this viral video real or fake? Share your thoughts with us in the comment section.