The use of illegal drugs is a rather hot topic in many places across the world, especially because of the ill effects of drug abuse not just to the person involved but to the community as well. A lot of countries try their best to solve the drug problem in various ways but continue to fail.

But a recent incident has rocked the international community after a cop in Baltimore, Maryland was allegedly caught faking a crime scene and ‘planting’ drugs at the alleyway outside the suspect’s home. 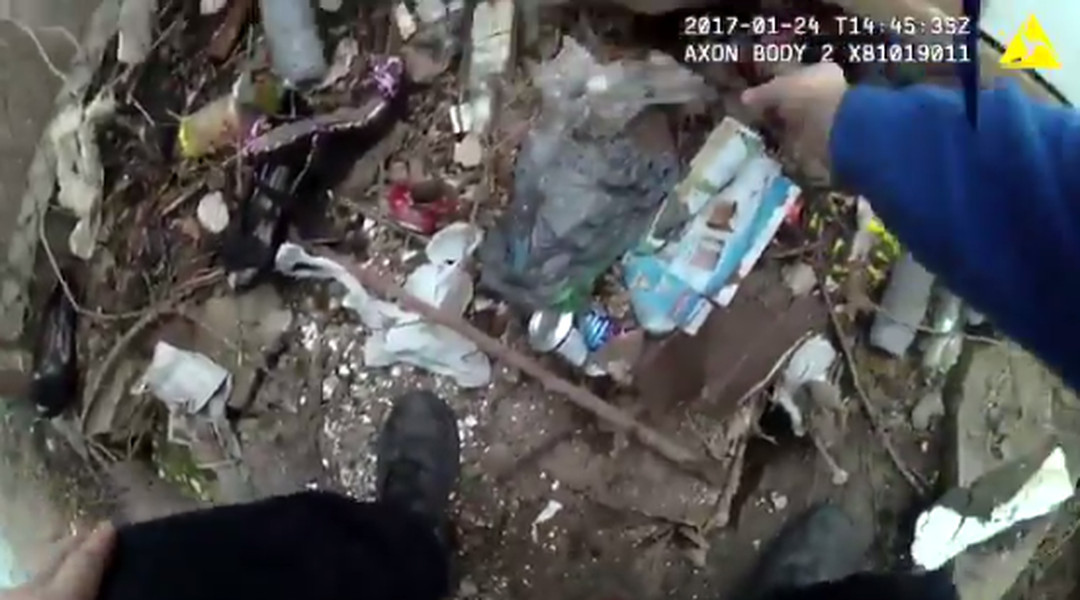 In the clip, the cop could be seen placing what appears to be a bag of drugs amid the trash piled up at the alleyway. Two other cops could be seen in the clip.

Seconds later, they could be seen walking back towards the street, turn on the body camera, and return to the ‘crime scene’ and ‘find’ the bag of drags which was used as evidence against the suspect.

But the cop must have forgotten that the body cameras issued to the officers of the Baltimore Police Department actually records footage even while turned off and would actually save the data captured 30 seconds before it was officially turned on, but without audio.

This is what happened in the clip that was later found by a public defender who immediately sent the video to the prosecutor.

The man had been in jail since he was arrested in January as he could not afford to pay the $50,000 bail but his trial was put on hold amid this development in the case. Thankfully, the charges against the suspect were eventually dropped and he was released from prison – but only after being incarcerated for several months for a crime he didn’t actually commit! Poor guy.

The police department said they are conducting an internal investigation over this issue.

Footage shows officer placing drugs in trash; goes out to street, turns on camera, returns. Cams save 30 sec prior to activation, w/o sound pic.twitter.com/5ZW128lWFM