Hundreds of residents across Foshang in Guangdong, China and in a town in Jiangxi province were shocked to see what appears to be a city flying in the clouds, with tall forms of rectangular skyscrapers peeking through regular cloud formations.

The first sighting happened over Foshang. It lasted for a few minutes before disappearing completely. This mysterious city-shaped cloud showed up again in Jiangxi a few days after the Foshang apparition. 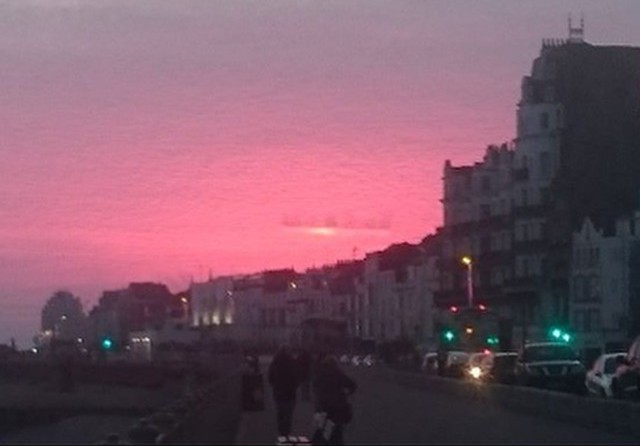 Several theories have been put forth to explain this weird cloud formation.

Despite the rather brief appearance of the “city”, a lot of people believe this could be proof that there exists a different dimension parallel to our universe. Perhaps something happened somewhere between the boundaries of the two worlds that made the other city appear in our skies.

There are also those who think this is just a massive hologram created by a government agency, possibly the National Aeronautics and Space Administration (NASA) of the US. Conspiracy theorists believe this apparition is but part of “Project Blue Beam”, a 20-year-old conspiracy theory that massive holograms will be used by NASA to simulate the so-called “second coming of Christ” or an alien invasion.

Scientists are quelling the rumors with scientific explanations about this rather mysterious city in the skies. The images of the skyscrapers, according to scientists, are nothing but an illusion, a mirage.

Because of the differences in the composition of the atmosphere brought by the fact that warmer air rises to the top while cooler air stays closer to the Earth’s surface, there’s a boundary between these levels whose differing densities might affect light, bending it at a different angle than what is usual. Supposed our brains see these differently bended light, we “see” is as it would have if the light had bended naturally.

So, the appearance of the skyscrapers in the sky, based on this explanation, is but a reflection of the actual skyscrapers from the city below. This happened because according to science, our brains make us think that the reflection of these tall buildings was much higher than it actually was.

Still, even with such a plausible explanation, this scientific theory does not explain why the phenomenon has never been experienced until now. Could it be that the conspiracy theorists were correct or maybe a glitch in some kind of program affected the boundary between two worlds? Hmmmmm. What do you think?