Public toilets are a convenience that one comes to expect from business establishments. Sadly, there are times when these places might not be safe for the users, particularly women and children.

Recently, a woman in Thailand shared a video of a guy she accidentally filmed trying to peep inside her toilet cubicle.

The woman was using the toilet at a petrol station when she noticed that the gap between the bottom part of the door and the floor was quite large. She was rather amused at the gap and also concerned that it was too large. She wanted to know what could be seen from the angle. So, she whipped out her phone to take a video of the huge gap. 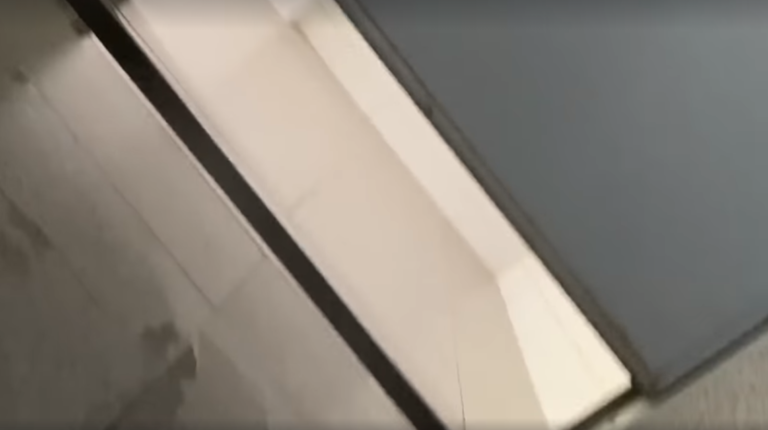 But just as she was taking the video and aiming out outside the cubicle through the gap, a guy came in and quickly crouched on the floor to take a peek inside the toilet! And while the woman was shocked over his actions, the guy was also surprised that the person inside (he probably it’s a woman) was trying to film through the gap and had surely captured him on camera!

The guy rushed outside but the woman was too scared that he might be waiting for her outside and might do something bad to her that she decided to stay inside. She called a male friend to come fetch her from the bathroom just in case the guy was still hanging out nearby and just waiting for her to get out. 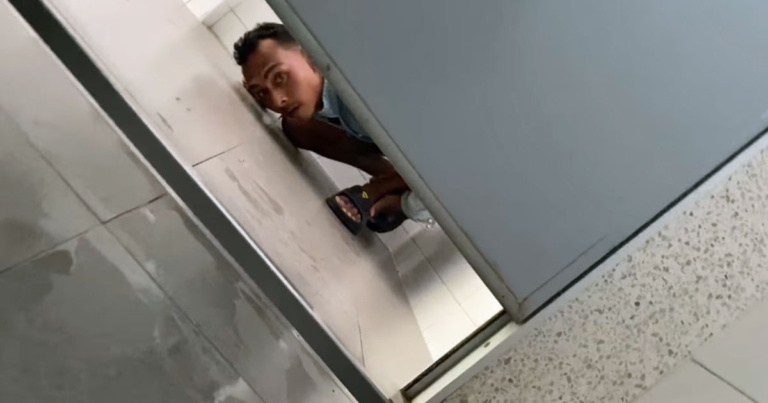 “I was shaking and the gas station was a quiet one. I didn’t want to go out just yet because he might be waiting for me as he saw that I took a video,” she shared.

“There was an employee cleaning the bathroom entrance, I don’t know how he came in unnoticed. How insane would you have to be in order to want to see someone using the toilet? Being a woman is so dangerous sometimes. The Police are now tracking down the person in the video.”

Petrol is short for petroleum, a naturally occurring fluid found beneath the Earth’s surface. It can be refined to create fuel used for vehicles, such as diesel and gasoline as well as other products.