Juan Manuel Marquez has officially retired from boxing – and what better way to celebrate it than to sport a Manny Pacquiao ‘knockout’ cake, eh?

It can be said that Marquez was and had always been Pacquiao’s best and worst rival. They fought four times in the ring, the last of which ended in Pacquiao’s rather embarrassing loss as he was knocked out on the canvas and was out for several counts on December 8, 2012.

The loss was monumental, leading to most of his fans losing their loyalty to the Pinoy champ. Pacquiao continued to fight in the right after that but his welcome was described as rather lukewarm, especially because his wins weren’t really ‘amazing’ since then. 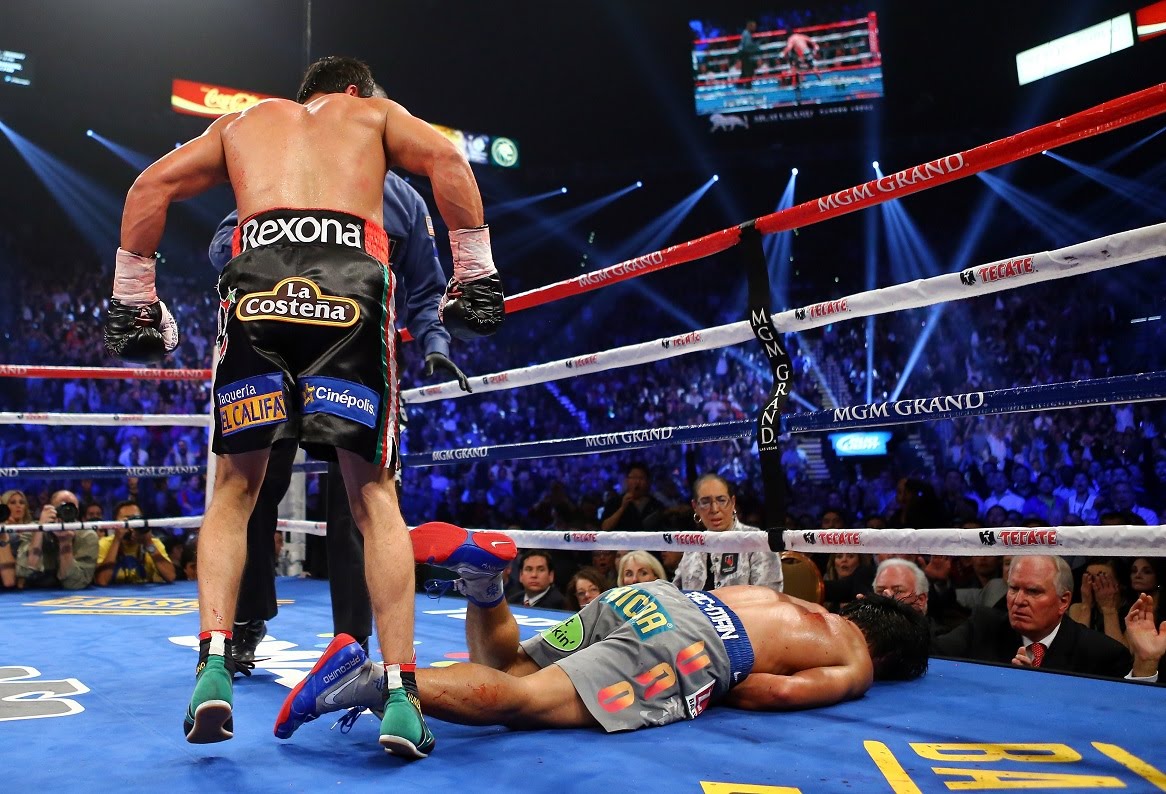 But for Marquez, the knockout win was his moment of pride. He’d been claiming that he’s won all the bouts against Pacquiao in the past but was supposedly ‘cheated’ that’s why he lost. But after he knocked out the Pinoy champ, he could easily claim that he did win all those four bouts!

He was offered a huge amount for a fifth bout but Marquez refused – and for good reason. You just can’t be as lucky as that bout and win again via knockout against Pacquiao, right? It would be best to leave their rivalry at that knockout win.

Even though the knockout might be considered as Marquez’s crowning glory against Pacquiao, it didn’t do much to lift his career afterwards. Years of injuries and his advanced age have caught up with Marquez and his career had a steep decline after that bout. Like Pacquiao, his glory has waned.

So, Pacquiao’s archrival announced his retirement.

“Making this decision was difficult and hard for me, but somehow positive. We made (the decision) 15 days ago. I injured my biceps (left), I was training and I felt pretty good, I continued training with only the right hand.

“After a month, I started to train, sparring and then I suffered an illness… cold, cough and I cannot be cutting the workouts. That is why this decision is made.”

What do you think of his Pacquiao knockout cake?