Home
News
News & Culture
Video: ‘Back To The Future’ Self-Lacing Sneakers to be Launched by Nike this 2016

“Back to the Future”, a 1980’s science fiction movie that was ahead of its time, has predicted many gadgets that now exist today. Although the time machine, the flying car and hoverboards are still not a reality, Marty McFly’s self-lacing snickers will soon be launched by Nike.

Named as the HyperAdapt 1.0 shoes, this self-lacing shoes will have an adaptive lacing feature that could offer a more comfortable experience for Nike runners. 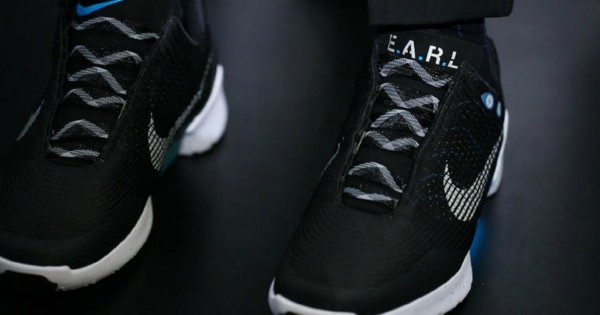 Tiffany Beers, a senior innovator at Nike, Inc., and the project’s technical lead, explained that when your heel hits the sensor, the laces will automatically tighten.

When you step in, your heel will hit a sensor and the system will automatically tighten. Then there are two buttons on the side to tighten and loosen. You can adjust it until it’s perfect.

According to a report from CNET, the HyperAdapt 1.0 shoes needs conductive charging and would need to be charged fortnightly. The shoes will be available exclusively for Nike Plus members by the end of 2016.

As of this writing, Nike has not released any further information yet as to how much the price is for HyperAdapt 1.0 shoes, or if it would be widely available for other consumers.

The History of Sneakers

In 1917, the sneakers were then mass produced, and got the name sneakers because they were so quiet that a person wearing them could easily “sneak up” another person. That same year, the first shoe for basketball was produced by Marquis Converse.

Five years later, Chuck Taylor, an Indiana Hoops Star endorsed the shoes made by Converse, which then became known as “Chuck Taylor All-Stars”.