Birds are curious creatures; but many scientists have proven that birds are also quite intelligent. In fact, studies have shown that birds such as crows actually learn through observation or even via trial and error!

But one bird has gotten viral and has become a social media darling after making ‘live reports’ from traffic cameras in London.

TfL Traffic News shares traffic updates on its Twitter account, but recently, one of its cameras got ‘hacked’ by a seagull who would quickly gain much fame on social media. 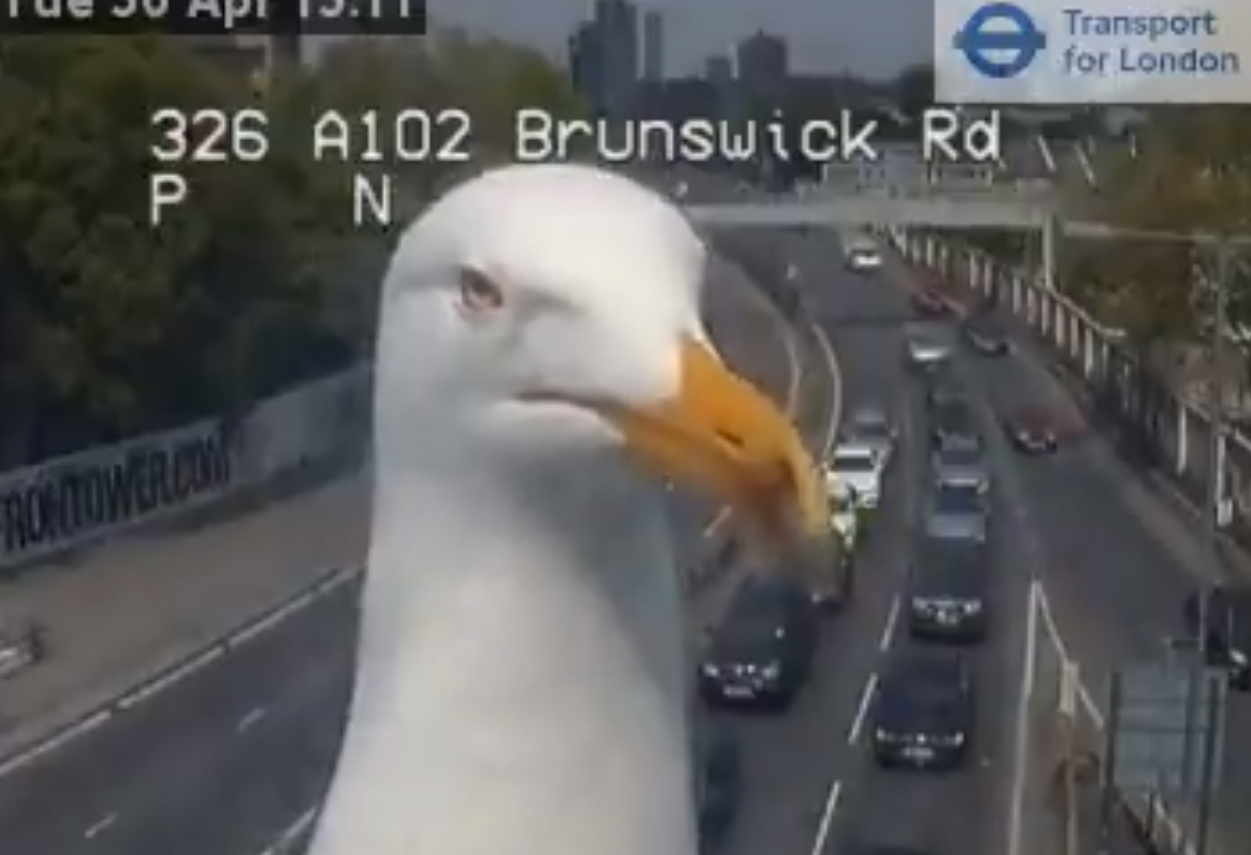 Last Monday, they were doing a regular traffic report when the bird interrupted the live feed. Landing in front of the traffic camera, the seagull blocked the view of the road below. But it appears to look quite curious at what this thing might be on the pole. So, the while the bird inspected the traffic camera out of curiosity, a lot of people had a good laugh over the ‘hacked’ traffic report.

“Happy Monday…” TfL Traffic News tweeted, sharing a photo of the seagull. But the bird has gotten so popular that the site decided to make a, errrrrrr, follow-up report as they shared a short clip of their new ‘field reporter’.

“Due to popular demand, a quick update from our reporter just north of the Blackwall Tunnel…” the site posted as they shared an 11-second video of their new traffic reporter who was quite busy inspecting the camera to notice that he was already live on TV and scheduled to talk. LOL.

Quite unexpectedly, the tweet has garnered so much attention than the usual traffic reports that it has since gained more than 2.73 million views and nearly 80k likes! 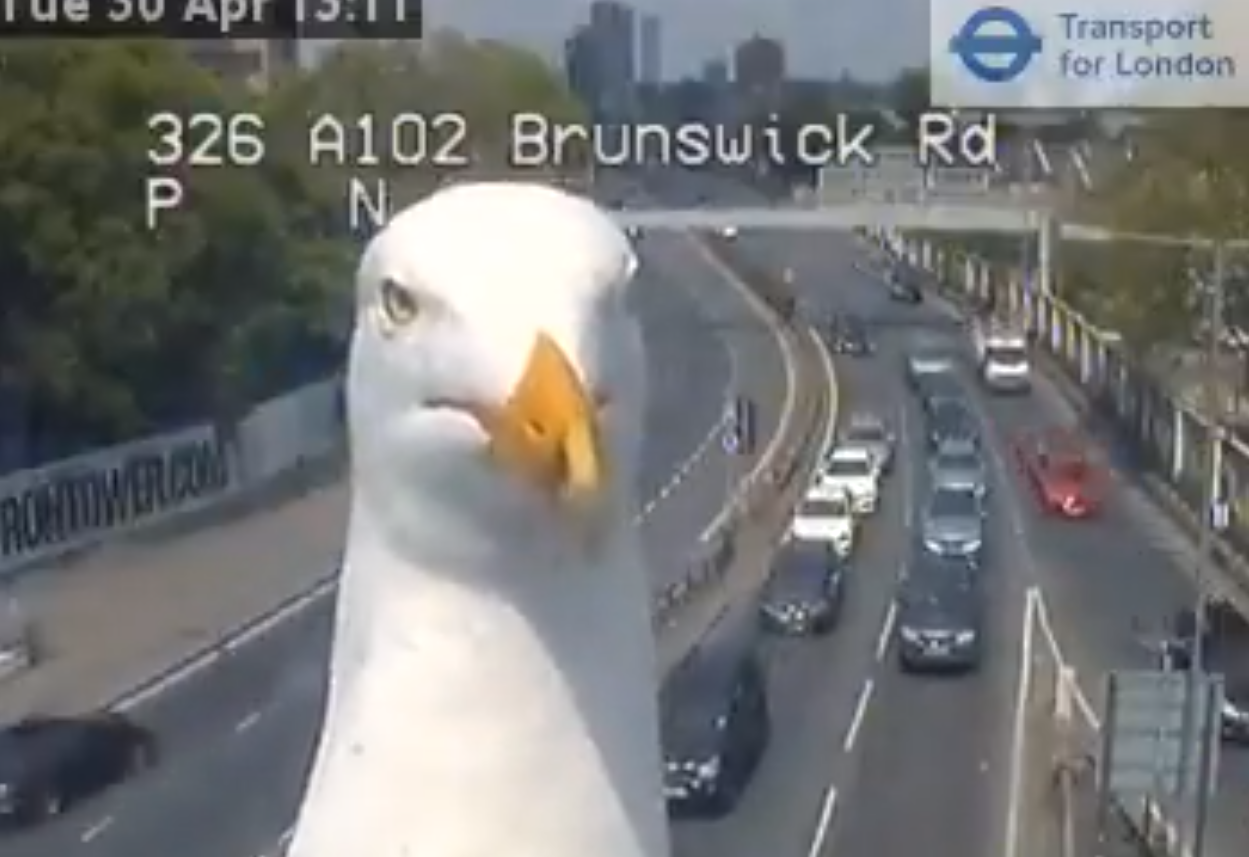 Hilarious comments and puns also poured in the comments section.

“He has a bird’s eye view of the traffic there. Excellent reporting,” one netizen wrote.

“Is he advising people not to take any left terns?” another one joked.