Everywhere in the world, even in countries where women are treated as men’s equal, it would be a rare sight to see a woman as a construction worker doing manual jobs that are best suited for men who are physically stronger and more capable to accomplishing the difficult tasks.

You might probably find a woman doing a man’s job in the construction industry but she is most likely a boyish lady or one you could consider a tomboy.

This is the reason why a beautiful woman recently went viral because she looks so ladylike and fragile yet she is actually one tough lady who could easily beat men in many aspects of the construction work! 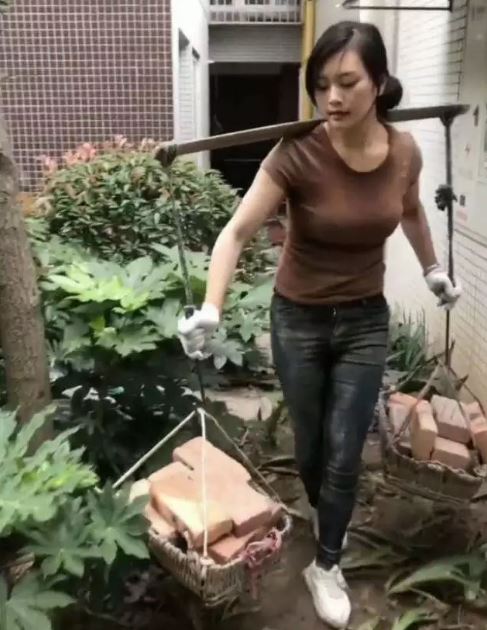 This beautiful lady was identified as Xiao Mei who doesn’t let her gender dictate the work she must do.

Some people are calling her as the “real-life Asian Wonder Woman” not just for her good looks and lithe body but also because she can carry heavy bricks and other construction materials as she works. She doesn’t use her being female as an excuse to let the men handle the job because she can actually do it! 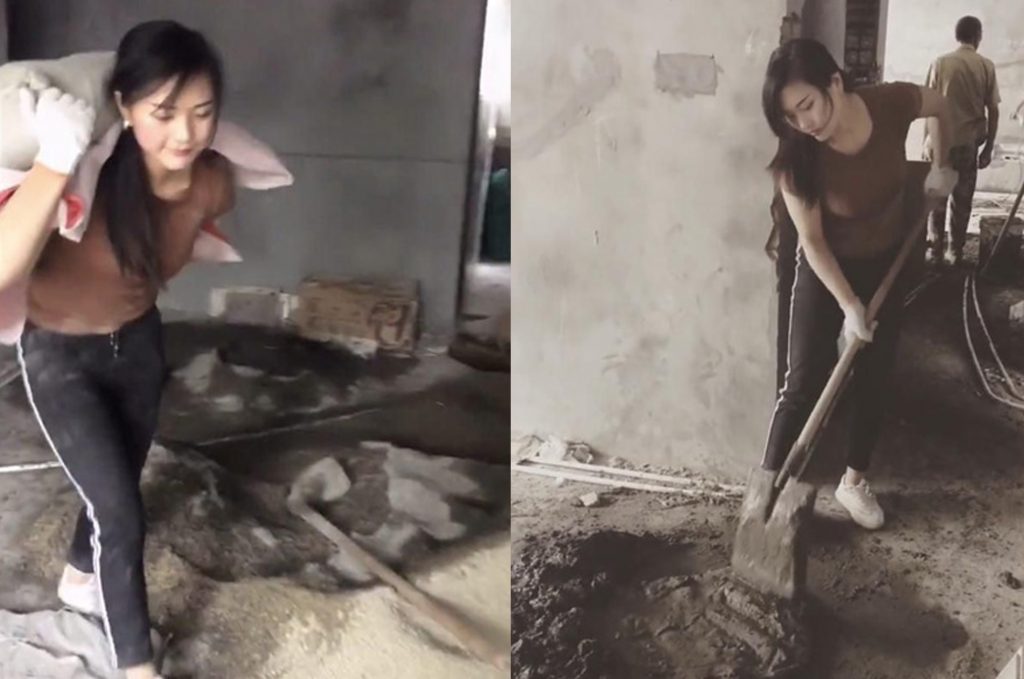 The guys must have tried helping her out or even discouraging her from the job when she first started out but they would soon learn that she wasn’t easily swayed and that she can handle anything they throw her way.

In a viral video shared on social media, Xiao Mei was shown to carry heavy sacks of cement and bricks, making the task look like it was easy to do but the truth is that these items are quite heavy! She also handles construction equipment with ease and knows how to mix cement, among others. 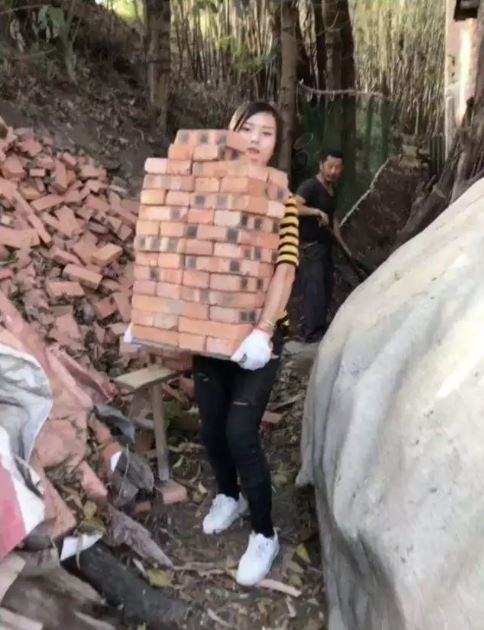 The way she makes the work appear easy shows that she is very adept at her job and is not just posing for the cameras.