She was asked to leave school for getting pregnant at 14, but one hard-working mum proved that such a roadblock should never be a hindrance for success as she graduates from college holding her 6-year-old daughter’s hand.

Rachael Campey was forced to leave school months after she discovered that she was pregnant. She was just 14 at the time and the school had no idea how to support her. So, they kicked her out instead. But the teen mom did her best to get back to school right after giving birth so that she wouldn’t miss much of her school years. 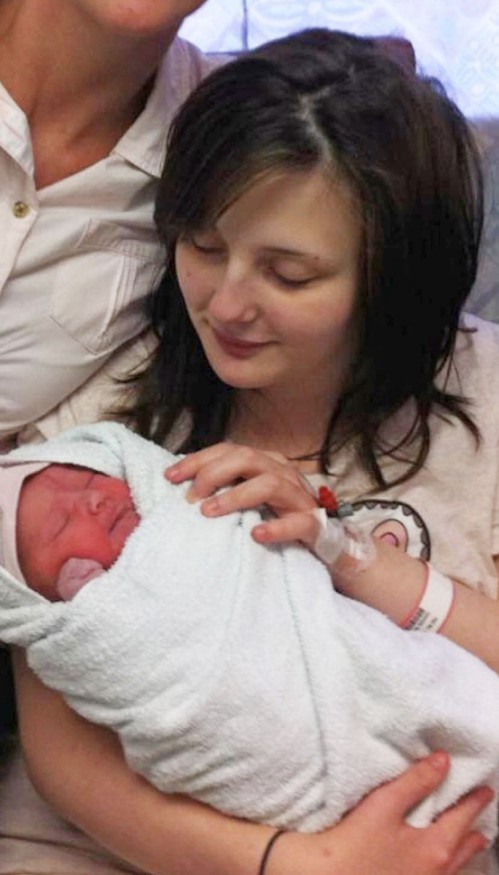 She managed to graduate from high school and get into York College then to Leeds Trinity University where she took up a degree in counselling psychology degree. Life as a student juggling time for her baby was not an easy for Rachael but her daughter, Lily Rose, would be her anchor and her study buddy. She wanted to make sure that she graduates from college to provide a good life for her daughter

“When I was writing my dissertation, she was doing homework at the side of me, so she gets how long a process it has been. They accidentally pronounced my surname wrong when I went onto the stage to collect my degree, and I heard her correct them and say, “That’s my mummy!”’ Rachael happily shared. “If I hadn’t had Lily-Rose, because I was struggling with my mental health, I don’t think I would be here now.” 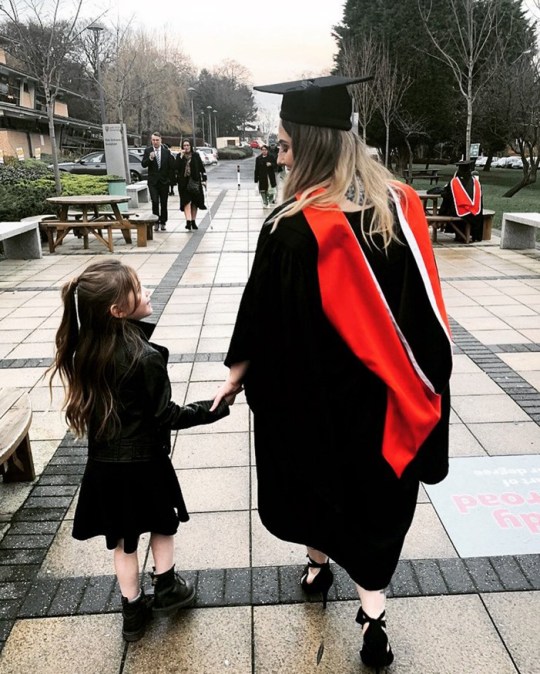 For her hard work and determination, this teen mom got a nomination for the 2020 Yorkshire Award – and we hope she wins it!

But whether she wins or loses, this young mom has already won in the eyes of her lovely child.

“I saw Lily-Rose’s face as I put my gown and my cap on when I was getting ready for the ceremony, and it just made it all feel so worthwhile. I just felt a lot of completion throughout the day. I felt overwhelming love and pride from my family, and from myself, as well as my daughter,” Rachael said.

Despite not really understanding what college means, the young girl was ‘smiling all day long’ because of her mom’s achievement.

As for Rachael, she hopes to encourage other single parents to never give up on their dreams because everything is still possible, no matter how impossible it might all seem at first…

“If you’re a young parent and you’ve suffered with mental health issues, it doesn’t mean the end of your goals. You can still work towards them whenever you’re ready. Just because somebody says you can’t do it doesn’t mean you can’t actually do it, because you can if you really want to,” she encouraged. 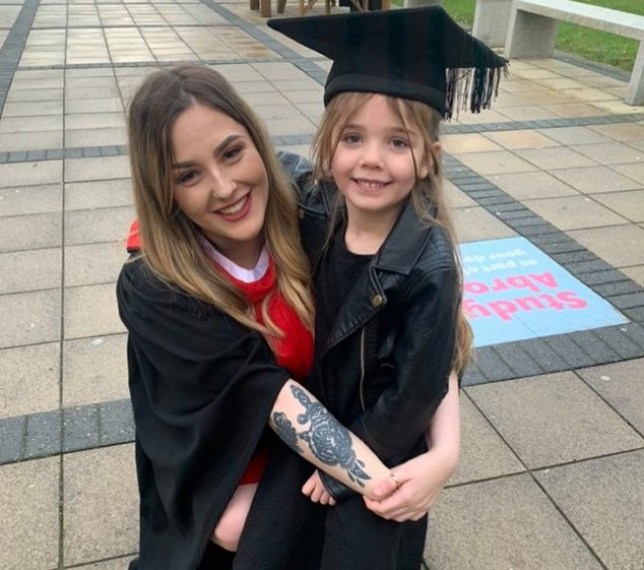 What an inspiring young woman!

What is a Single Parent?

A single parent is either a dad or a mom taking care of the children. Often, this happens because the couple broke up.