Home
News
News & Culture
As Protests Continue in the US, 7-Year-Old Boy Goes Viral as He Prays with Cops

A 7-year-old boy goes viral as he prays with cops, even as protests continue across the United States for #BlackLivesMatter. Photos of the kid earned praise, with many hoping that the protests will end soon.

The #BlackLivesMatter protests across the US was sparked by what happened to George Floyd, a black guy who lost his life after a policeman kneeled on his neck. But the protests were far from peaceful, with looting also experienced in many areas. 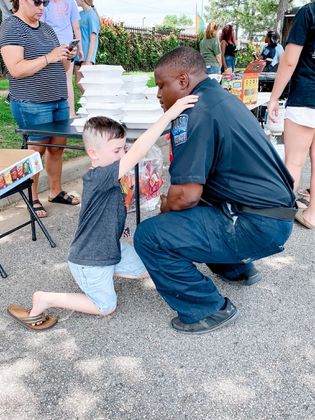 The protesters broke into many shops under the guise of furthering their cause but taking everything they could get their hands on – even expensive stuff from high-end shops!

Many also hurt cops though a lot have also been hurt in return. It is chaos out there.

Trey Elliot, 7, felt worried for the policemen after learning about what was happening during the protests. He asked his parents whether they could go to the nearby police station to help – and by ‘help’, the boy meant pray for these cops!

At his young age, this boy strongly believes that prayer can truly help protect these policemen from the unrest they are facing while on duty. 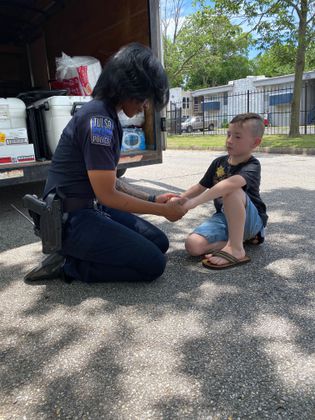 According to Trey’s mother Brittany Elliot, she and her husband were talking about the riots at their hometown in Tulsa, Oklahoma and other parts of the country when the boy asked to be taken to the police station.

Trey wanted to pray for all the policemen but was only able to do it with twelve of the cops from the Tulsa Police Department.

Proud of what her son has thought of doing, Brittany posted some of the photos. She was surprised, however, at the overwhelming response the post received. People praised this young boy for his faith and hoped others will also be like him so these protests will end peacefully. 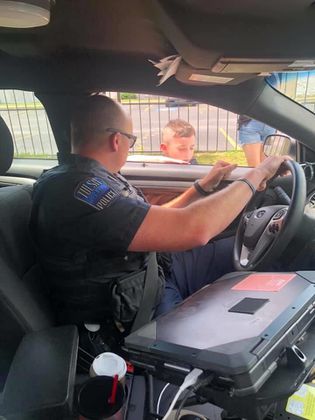 #BlackLivesMatter is an international human rights movement that originated in the African-American community, campaigning against racism towards black people.