It was freezing cold at -34 °C in Tuva, Siberia when 4-year-old Saglana Salchak trekked out from their house to their nearest neighbor’s house located 8 kilometers away, to seek for help after she discovered her grandma ‘very cold and wouldn’t wake up’. Her grandpa is blind.

When she told her grandpa what happened to her grandma, the old man told her to ask for help at their neighbor, not knowing that it was still 5AM and pitch dark outside.

The obedient girl took some matches and began trekking, following the tracks of a horse sled over a frozen river to the house which she knew their neighbors were living in.

It took the child several hours to reach the house but she persisted, knowing that her grandparents needed help – even without understanding that her grandma had already died. She admitted that she felt really hungry and cold but she plodded on. 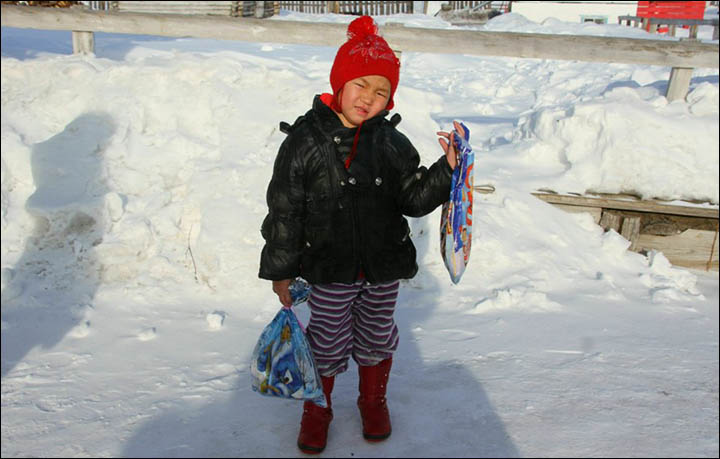 The neighbors were shocked to see her alone in the freezing cold; although she was bundled up rather warmly.

Her actions were met with praise and awe, even by the members of Tuva’s rescue team. Tuva’s head of the search and rescue, Semen Rubtsov, praised the girl’s survival instincts.

“This girl acts as a professional already. She took the matches to light a fire in case she needs. The difficulty was that she had to make her way through snowdrifts,” Rubtsov said.

“There also was a great danger – wild animals. Bears are hibernating now, but Tuva is crowded with wolves. They plague the cattle, and shepherds groan because of them. In the dark she could easily have stumbled on a pack.”

“This girl was lucky that she did not meet them. Her only hope would have been to climb a tree,” Rubtsov added. 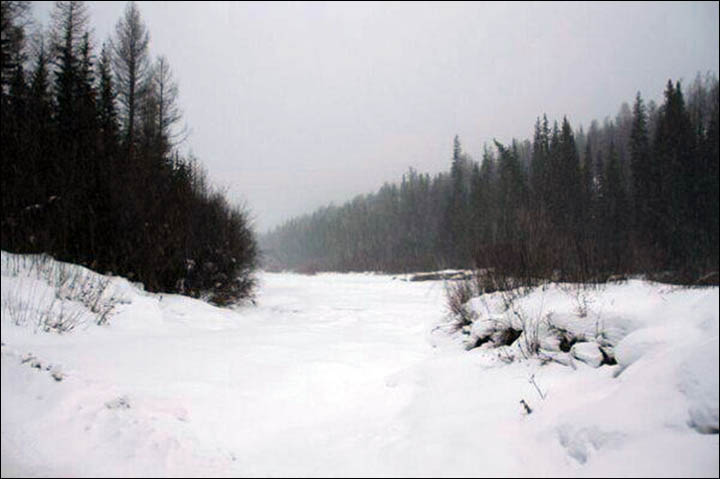 Salchak is now under the custody of social workers. The Investigative Committee in Tuva might press charges against her 31-year-old mother Eleonora for leaving her under the care of the old grandparents; the mother could face up to one year in jail, if proven guilty.