The Philippine Overseas Employment Administration (POEA) is the government agency tasked to look upon the plight of all overseas Filipino workers (OFWs) serving in different countries around the world but a group of hackers believe the agency is not doing the best it can to help the OFWs in Saudi.

A quick check on one of the pages of the agency’s official website, http://poea.gov.ph/index.html, shows that the page has been hacked by Anonymous Philippines in cooperation with Pinoy Vendetta and the Pinoy Hacking Community.

The hacker group is pleading for the agency to prioritize the plight of the OFWs in Saudi who had been seeking help so they could get back home after their employers refused to give them their wages despite them working for several months. 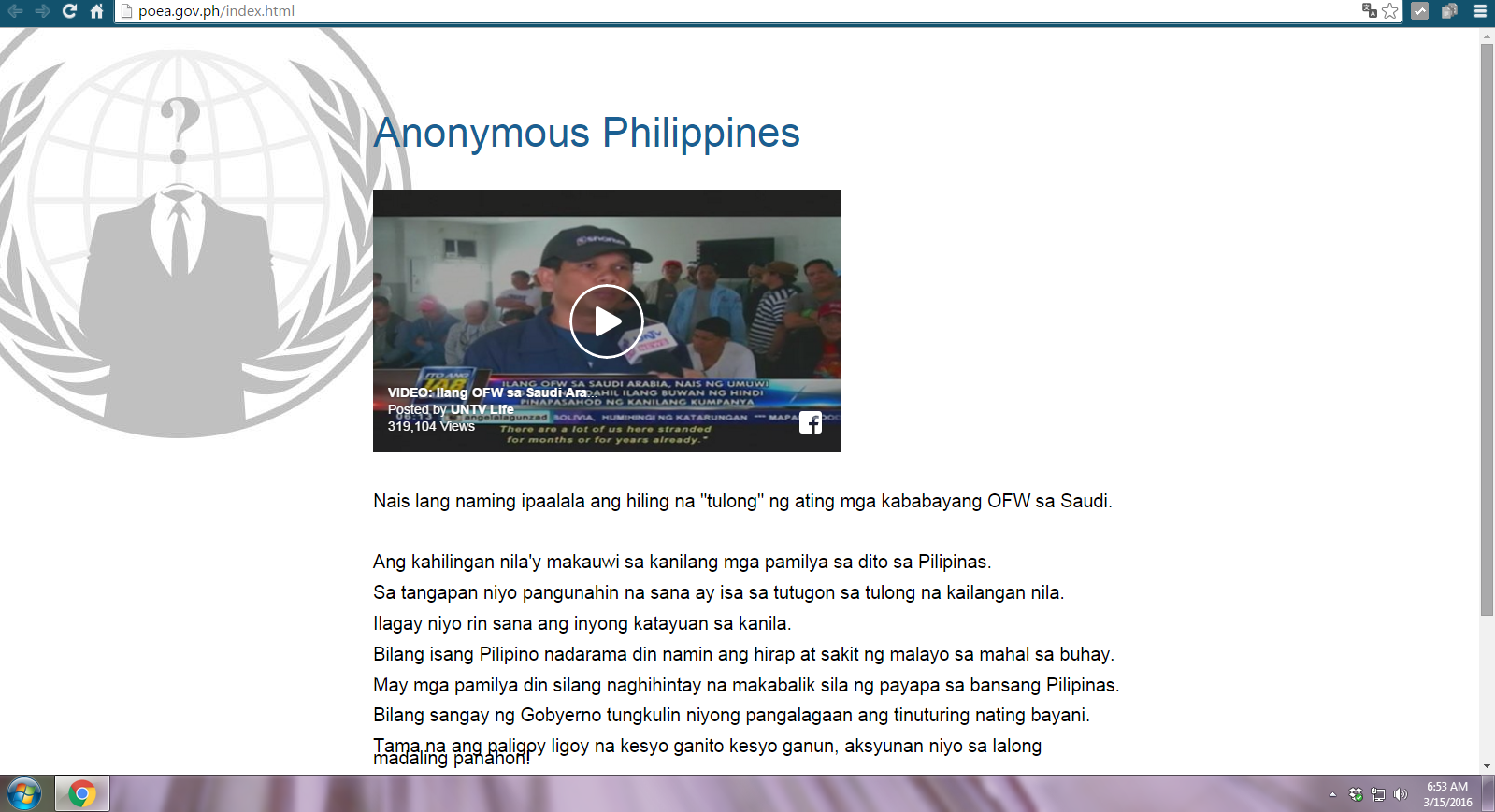 With no salary received from their employers, these people did not have money to buy plane fare so they can get back home; thus, they had appealed to the POEA for help yet it seems that months have passed and they are still there, stranded in the desert country with no income, no proper home, and no money to send back to their families.

The hacker groups hope that by hacking the agency’s website, they gain the attention of its officials as well as the general public so that help will be extended to the stranded Saudi OFWs ASAP.