The goalkeeper for the Iranian women’s soccer team is the subject of serious accusations that she’s actually a man – this came after the team beat Jordan during the 2022 Women’s Asian Cup qualifier. But the 32-year-old goalkeeper insists that there’s no basis to the allegations and that she’s a woman.

Is She a Woman or a Man?

The Jordan women’s team didn’t say anything about the Iranian goalkeeper throughout most of the game back in September. But when the team beat them in a penalty shootout, Jordan accused Iran of having a man as goalkeeper.

Jordan insists that the said goalkeeper, identified as Zohreh Koudaei, was a man and that they want the authorities to conduct a thorough medical examination to confirm her gender. 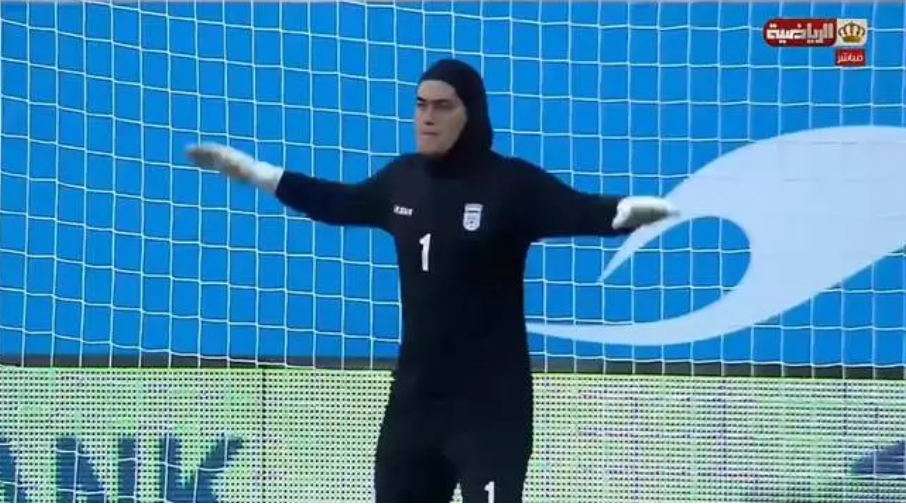 The penalty shootout ended up with Iran winning with a score of 4-2, while Koudaei was hailed a hero for two brilliant saves. Jordan is having none of it, saying that those actions clearly showed that the goalkeeper is a man.

It doesn’t help, also, that Koudaei appears to have ‘manly features.’

Jordan claims they have ‘evidence’ of Koudaei’s ‘real gender’, but it’s also not yet clear what this evidence might be and whether the AFC (Asian Football Confederation) will honor these allegations.

Koudaei calls out Jordan for ‘bullying’ as she insists on being a woman. She now plans to sue Jordan for the serious allegations.

Meanwhile, Prince Ali Bin Al-Hussein, the president of the Jordan Football Association, has submitted a formal “request for gender verification.”

The letter shows that gender verification is not mandatory for participating players, but might be necessary in this case.

Iran stands firm behind their player, also insisting that she’s a woman.

“The medical staff have carefully examined each player on the national team in terms of hormones to avoid any problems in this regard, and so I tell all fans not to worry. We will provide any documentation that the Asian Confederation of Football wishes without wasting time,” said team selector Maryam Irandoost.

“These allegations are just an excuse not to accept the defeat against the Iranian women’s national team. The Jordanian team considered themselves the big favourite to qualify… and when they lost… it was natural to seek relief under false pretences and to escape responsibility for this failure.”

Can Men Compete in Women’s Sports?

This is a subject of controversy, especially in recent years when transgenders are being legally recognized in the gender they identify with, not the gender they had at birth.

New Zealand’s Laurel Hubbard made waves for being first-ever transgender athlete to compete at the Olympics. She played for the women’s weightlifting team for Tokyo 2020 but bowed out early in the competition.