Do you believe in ghosts and evil spirits?

While we already live in a modern age where a lot of people are skeptical about such things, there are still many who believe that spirits live among us and are in a parallel dimension that we can only view into at certain times.

A secondary school in Cork, Ireland built in the 1800s, Deerpark CBS is certainly among the oldest educational facilities in the area. It has taught several generations of students and has been the second home to thousands of young ones that some might have been so attached to the school they decided to, errrr, visit it in the afterlife???

Well, that seems the case after CCTVs in the school captured what appears to be ‘paranormal’ activity in an empty hallway at 3AM on October 1, Sunday. 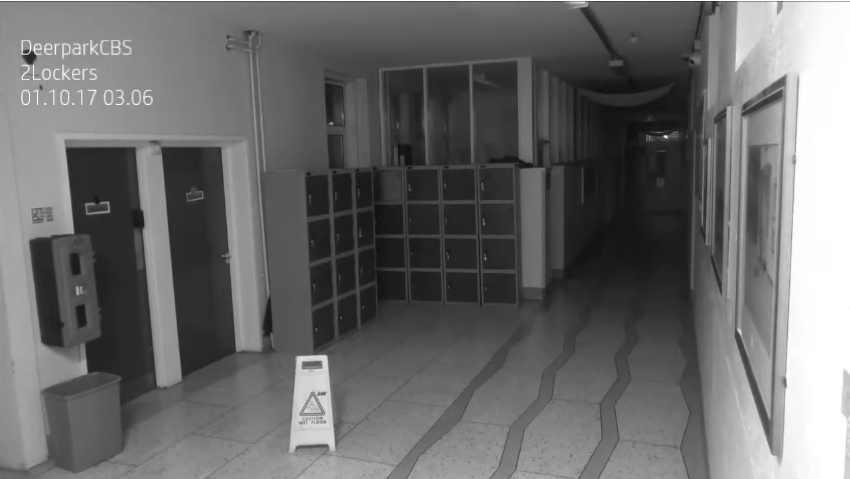 There was no one in the school grounds at the time yet the motion-sensor cameras turned on and began to record heavy lockers swaying around like they someone was rocking them with much force. Lights also began to flicker and a ‘Wet Floor’ sign was knocked to the ground with full force even when there was no one seen on camera.

While some netizens believe this was faked and was a prank done by some students, other students and staff of the school reportedly came forward with their own ghost stories in the old school.

One student George Long (17) was convinced last year he heard someone crying in one of the toilet cubicles. He thought it might be a first year so called the Deputy Principal – there was no one there – maybe moaning Myrtle???”

The school’s caretaker has also shared stories of ‘paranormal activity’ he’s witnessed in the 30 years that he worked there.

Check this video out and tell us if you think this is but an elaborate prank: