One hundred lucky people had their layaway items at Walmart in Tulsa, Oklahoma paid off by an anonymous Good Samaritan – and he even gave an additional $100 store gift card to each of the recipients!

The area commander for the Salvation Army in Tulsa, Maj. Jim Taylor, revealed that the donor contacted them about paying off layaway items at the Walmart in the city. This anonymous donor had already done the same thing last year.

According to Tulsa World, the donor spent a total of $37,775 at the store but refused to be identified. Walmart has begun contacting the lucky customers to inform them that their items have already been paid off. 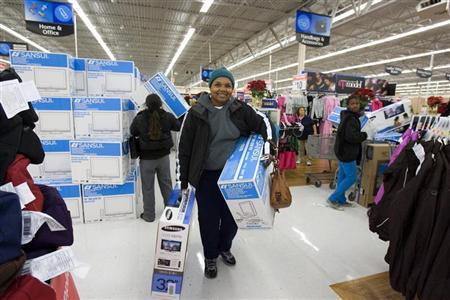 The store employers expressed excitement in delivering the good news to the lucky recipients. Of course, it is expected that the recipients would be ecstatic. One of them, Tonya Ramsey, said, “My kids and my grandkids are going to have an awesome Christmas now.”

So, what does the donor want in return? According to Maj. Taylor, the donor only wants the recipients to pay it forward, saying, “All I want is for people to do good things for other people.”

What is a Layaway?

A layaway is an agreement between the seller (usually a major store) and the buyer wherein the seller holds the item for the buyer until full payment has been made. The buyer only needs to pay a certain minimum down payment, then pay the remaining amount depending on the terms and contract price.

Often, the layaway plan does not involve added interest; though a small fee might be charged because the seller agrees to keep the items in storage until such time that it has been paid off.

As opposed to debt agreements, the buyer is not allowed to take home the item in a layaway until it is fully paid. Essentially, the buyer was merely reserving the item and is allowed to pay for it at small increments, making the purchase easier on the wallet.