We’ve heard too many stories of overseas Filipino workers (OFWs) getting maltreated in Kuwait that people have long called on the government to stop sending workers to the country yet there are many who were also quite lucky in their Kuwaiti employers.

Take for example Nanay Viola who has worked for the same family for over 32 years. Not only was she not abused by her host family, she was also treated like a family member and even received help from her employers on both occasions when her son needed a lot of money to pay the hospital.

When her husband died of cancer, Nanay Viola tried to make ends meet by working odd jobs but her wages couldn’t support her five children. So, she sold her portion of the land she inherited from her parents so she could work abroad. 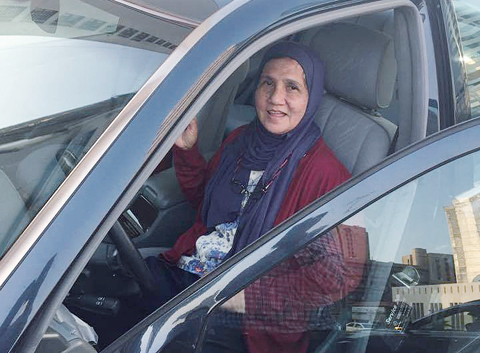 Nanay Viola started working as domestic helper for the Al-Ghareeb family in 1985, when the couple’s eldest son was barely a month old. As the family grew and the couple had four more kids, Nanay Viola continued as the children’s nanny before upgrading to become the family driver in 1995.

She would drive the kids to school and also take her employer to work.

Due to her loyalty and hardwork, the family lessened her work load and hired nannies for the kids. But Nanay Viola’s job as family driver and the kids’ former nanny has kept her close with the children so that they treat her more as a grandmother than as hired help.

When her son got seriously sick, her employer paid for the hospital bills amounting to almost half a million pesos – and didn’t make her pay for it! They also paid the bills when the young boy got sick the second time around.

Indeed, Nanay Viola was lucky to have such kind, generous employers. After working in the country for more than 32 years, Nanay Viola now considers Kuwait as her second home. Her employers’ kids even call her for directions in Kuwait!