Mike Smale is a fisherman who enjoys treasure hunting as a hobby and belongs to a group who calls themselves the Southern Detectorists Club in the United Kingdom. The amateur treasure hunter recently made history after finding a stash of rare coins from the Roman era worth around $260k!

Mike was with his friends from the treasure hunting club, using metal detectors to survey a field in Dorset, South West England when he found a hoard of rare Dinarii coins. 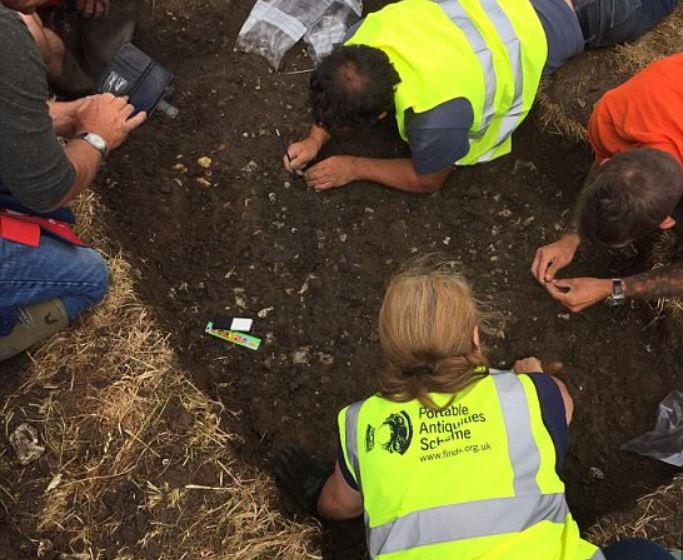 The stash of 600 old coins dates back to the Roman era some 2,000 years ago. What makes this treasure every more exciting is that the coins came from the brief period of time when General Mark Antony was ruling the Roman Empire and was still allied with Cleopatra.

Because Mark Antony had a very short reign, it also meant that the coins minted in his time weren’t as many as those of the other rulers.

While it wasn’t favorable for Mark Antony, it was greatly a blessing in disguise for Mike who got rich with this rare stash. 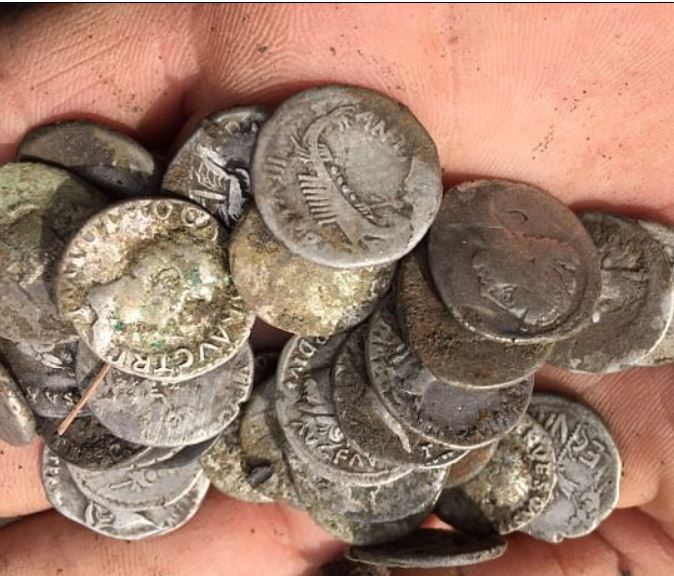 The coins were found at what is now a farm in Bridport, Dorset. It is unknown whether these were brought there by a Roman soldier or an ordinary citizen, possibly a peasant.

“Coin finds such as this are fascinating, and are incredibly important in shedding light on the history of Roman Britain,” explained coin expert Dominic Chorney. “Republican coins and those of Antony were issued before the Roman Invasion of Britain in AD 43, and would have drifted over in the pockets of Roman soldiers and citizens alike.”

He said, “Bridport is a cracking area anyway, it’s very rich in history, but a find like this is unprecedented. I was elated and shaking because this is a once in a lifetime find. I’ve never seen a hoard of this size before.” 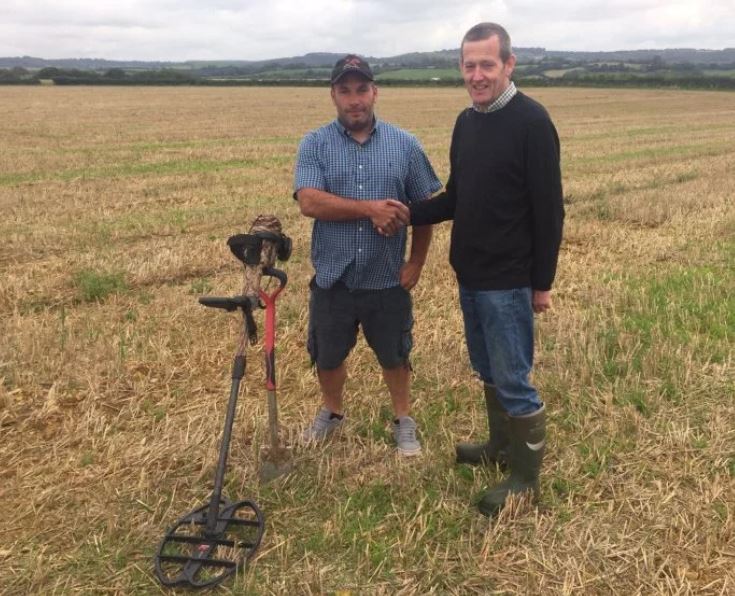 With the coins valued at about £900 ($1,190) each, the entire stash was valued at around £200,000 ($264,000)! Because the treasure was found inside a farm, Mike is legally required to give half of it to the owner – it was a good thing the guy allowed these treasure hunters inside his farm!