After 14-year-old Ahmed Mohammed was falsely arrested for bringing a homemade digital clock to school because his teachers thought it was a bomb, the Muslim teen received incredible worldwide support.

Netizens slammed MacArthur High School in Irving, Texas, for racial profiling. Many believe that Ahmed was reported to the authorities because he was Muslim; had he been a white boy, they think he would have been praised as the next Jimmy Neutron or some other brilliant boy wonder. 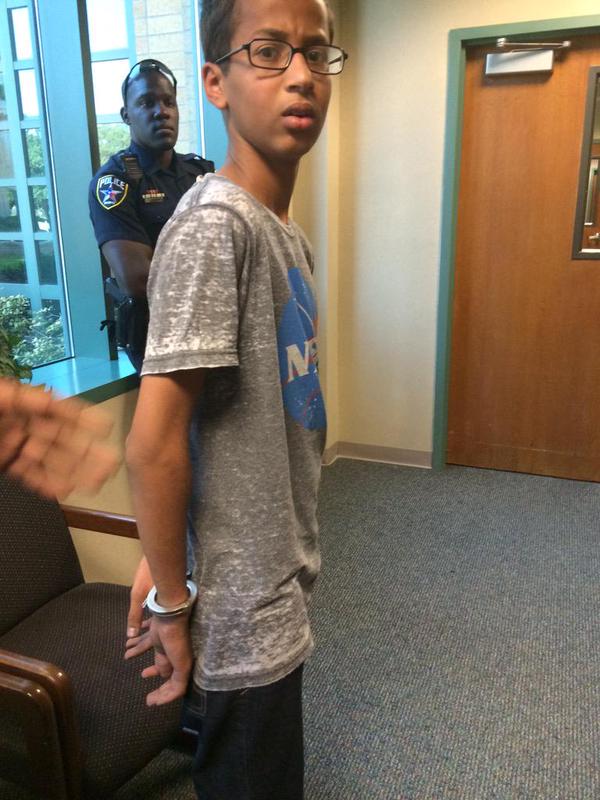 It seems that many people believe in Ahmed’s capabilities as he did not only receive wide support from ordinary netizens but also gained the attention of top personalities, notably Mark Zuckerberg of Facebook, Google’s Science Fair team, Twitter, NASA, and US President Barack Obama!

Hours after news of Ahmed’s arrest broke out, social media was abuzz with messages of support and the hashtag #IStandWithAhmed was trending for hours.

Ahmed received lots of invitations for discussions, including one from Obama and another from Zuckerberg. Google Science Fair is reserving him a seat this weekend and invited him to bring his clock which is stull currently held as evidence at the police station. 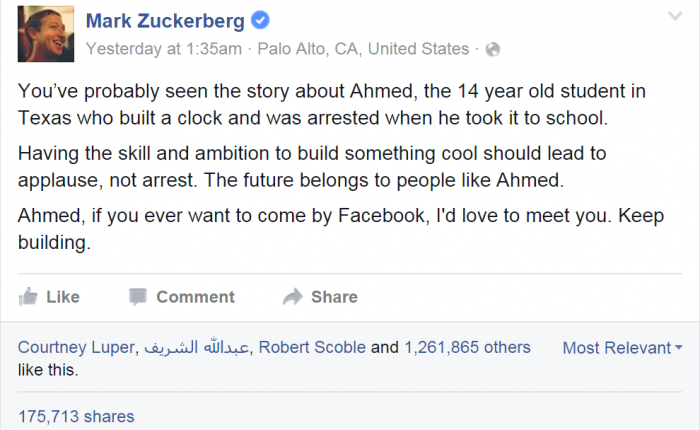 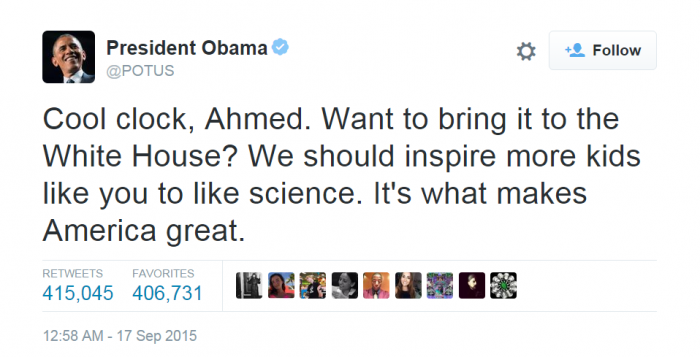 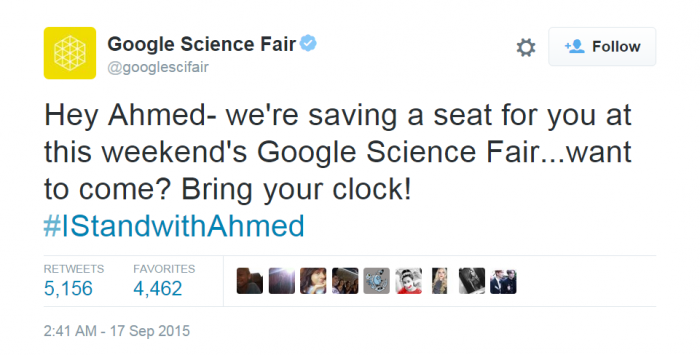 Twitter offered him a spot as intern, NASA scientists tweeted support for him, and engineers around the world also defended him.

All Ahmed wanted to do was impress his teachers but he almost ended up in jail because they failed to see his brilliance. Thankfully, he impressed the world and got their wholehearted support! The coming months would surely be exciting for this teenager – something that would surely get his mind off the trauma he experienced while he was being interrogated for a perceived crime her never committed.

Although there are several Islamic terrorist groups that continue to sow terror in many parts of the world, they are but a fraction of the Muslim community. However, they are the bad apples that make the entire bunch appear bad to the eyes of non-Muslims. This is the reason why a lot of people hate Muslims or are afraid of them, thinking this person is surely a terrorist because he is a Muslim!

Contrary to common image, however, many Muslims condemn terrorism and terrorist attacks in general. A lot have spoken their outrage over the 9/11 attacks, suicide bombings, hijacking, and various terror attacks.