For years now, many commuters have experienced various problems related to crimes along Metro Manila’s main thoroughfare EDSA (Epifanio de los Santos Avenue) – be it holdups, snatching, or sometimes even kidnapping and hostage taking. Of course, millions of commuters have regularly passed through EDSA without experiencing any of these problems but it could not be denied that such issues have long been hounding commuters.

While these crimes may never get eliminated, the Philippine National Police (PNP) wants to ensure that these are minimized as much as possible; thus, to deter crime, police visibility has been increased along EDSA.

According to a post shared by the fan page of PNP Chief Bato Dela Rosa, 80 batches/shifts of policemen have been deployed along EDSA on a 24/7 basis – and they get inside random buses for “spot checking”. 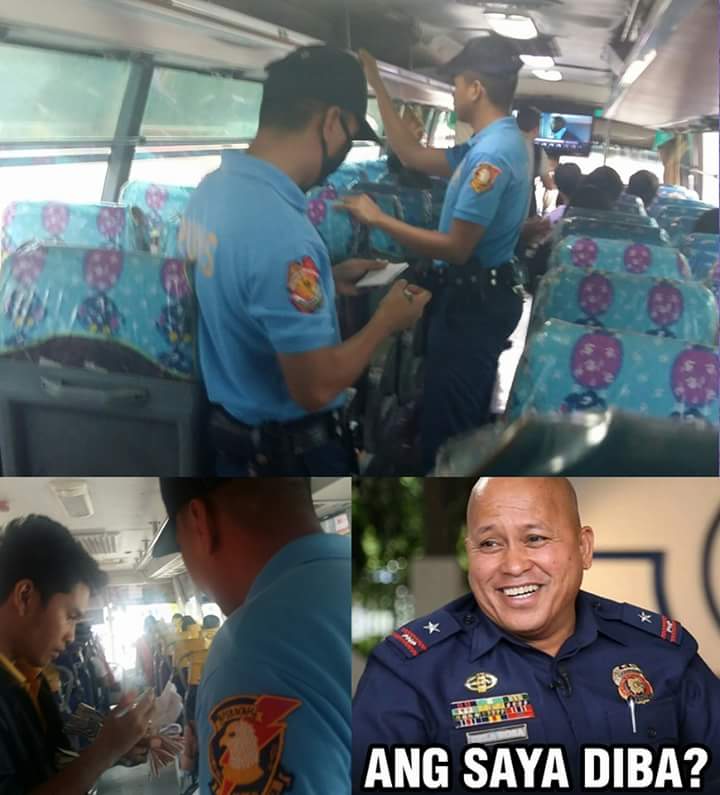 The cops are doing this to help ensure that commuters feel safer and that the criminals will think twice before doing crimes because there are police officers around. The job might be tedious but this is what taxpayers are paying the cops to do – to make them feel safe.

But what if, you might ask, the cops will just hide from their shift and sleep or hang out somewhere? Well, that’s not going to happen because the cops are required to write the bus plate numbers, then ask the conductor to sign on their log.

A lot of social media users laud the PNP’s initiative and couldn’t help but comment the now-cliché campaign cheer for Pres. Rodrigo Duterte, “Change is coming! Change has come!”

EDSA is the longest and, sadly, most congested highway in Metro Manila. It passes through six local government units of the National Capital Region. EDSA is 23.8 kilometers long.