When Irish dad Gareth Roe told his 15-month-old daughter Lola to get off the table, the toddler reacted in a way that will surely captivate everyone’s heart.

Sure the little girl can’t speak words that can be deciphered by human intelligence, but she did her best to win the debate in the cutest way possible.

Eventually, the dad gave up and let his adorable daughter win the standoff. The prize: Little Lola gets to be carried out of the table by the defeated daddy. 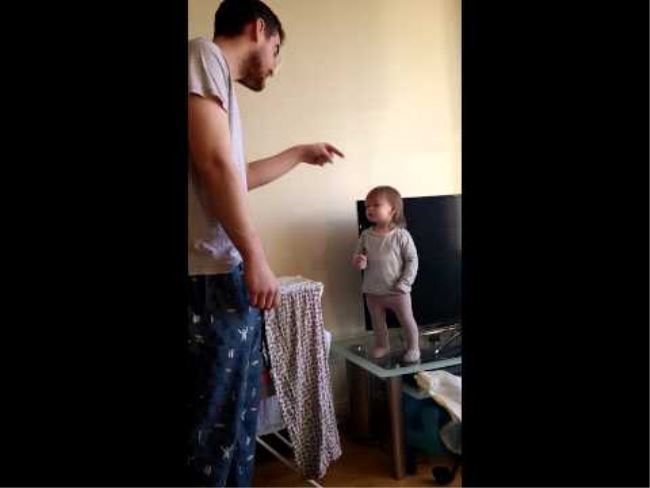 The adorable video clip which was uploaded on YouTube last January 17 has gone viral getting over 1 million likes.

It seems that Irish toddlers are getting the spotlight in social media these days. Just last year, a 2-year-old Irish girl’s video also became viral earning at least 7 million views on YouTube.

So what exactly did this little girl do that caught the attention of millions of people? She shouted at her mom for laughing at her while she was singing a hit song from the movie Frozen.