Homeowner Hollie Mallet received a sweet but somewhat shocking surprise while reviewing CCTV footage taken inside their garage at her home in Pierre Part, Louisiana.

Their black Labrador retriever, Duchess, could be seen sitting to the left of the camera. Suddenly, a young boy stopped his bike just a few feet away from the entrance and ran towards Duchess! The dog responded with the same eagerness, standing on its feet and meeting the dog while wagging its tail with enthusiasm.

It was clear to see that these two were good friends – but Mallet has no idea who the boy was!

Seeing that the two were clearly such good friends but the boy also knew that he wasn’t supposed to be there, Mallet posted the video on Facebook in hopes that someone could tell the boy he was welcome to go the house and have fun with Duchess. 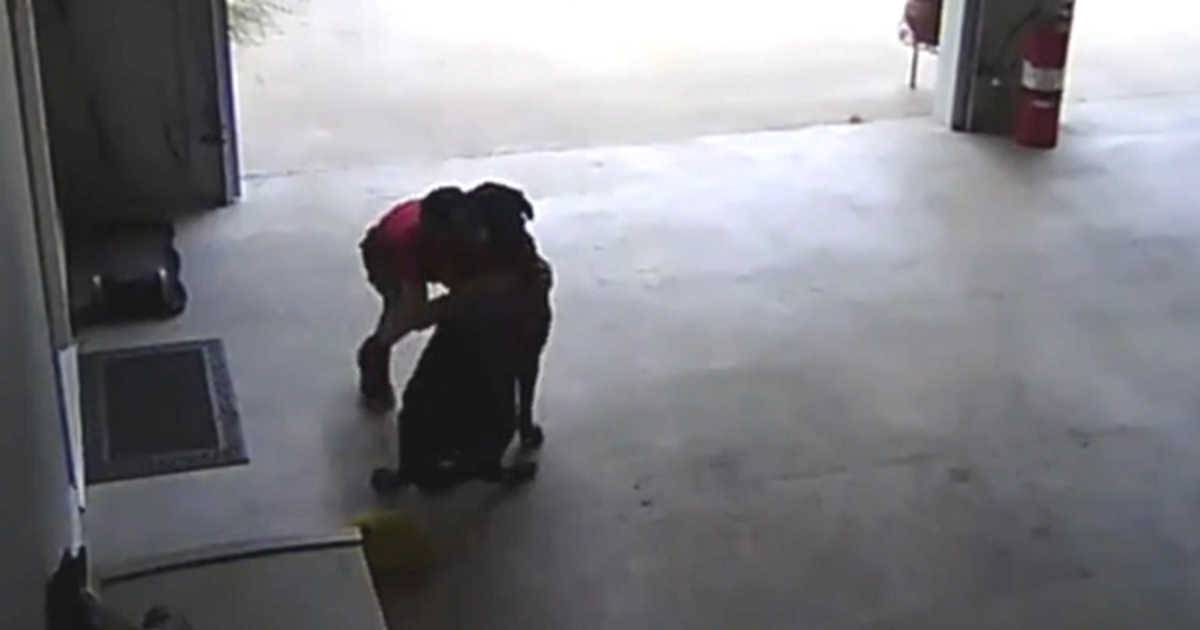 Amazingly, the short video impressed netizens so much that it would receive over 85.5 million views within just a few days after Mallet posted it!

As she had hoped, someone eventually recognized the boy in the video – and that someone was his own mother.

A shocked Ginger Breaux commented on the video, “Josh talks about your dog all the time! Every time we pass he looks to see if she was sitting where he could see her. Just didn’t know he was doing things like this. Last night when I first saw it, I was torn as a momma being happy and upset because he knows he shouldn’t be on someone’s property, but I wake up this morning more happy that he just absolutely adores dogs so much.”

It turned out the family lost their dog the previous year and hadn’t gotten a replacement yet. Because Josh loves dogs so much, he befriended Duchess to fill in the emptiness he felt after their own pet died.