Being away from your family is hard enough. But working in another country and knowing that your children are in the care of their aunt because their mom is away too while you are also far may be harder.

This is the case of Glenn, an OFW who has been working in Dubai as a nurse for 3 years and has never been home since then.

His daughters Breanna and Chayyen are strong and smart girls who have been through a lot.

According to their aunt, Juv P. Montaner, they were both survivors of the Bohol earthquake, they also survived the separation of their parents.

Now they are clinging to each for comfort as they were sent to their aunt in Marawi when their dad had to go to work and their mom had to finish her doctorate in Bohol.

Because of the Marawi war, they drove for 10 hours to go to Iligan to their other aunt, where they are staying now.

Last November 20, 2017, Breana turned 8 and her wish was to have their mom and dad come home. If it is not for her birthday, at least for Christmas.

“Mommy Juv, I will pray million times because Daddy told me he might come home.”

A few days before Breanna’s birthday, Glenn called Juv and asked if she can help him arrange a surprise for his daughter.

They talked to the management of Jollibee in Iligan City if they can allow Glenn to dress up as a crew so he can disguise himself to surprise his daughters.

The management allowed him to wear a jolly cap. 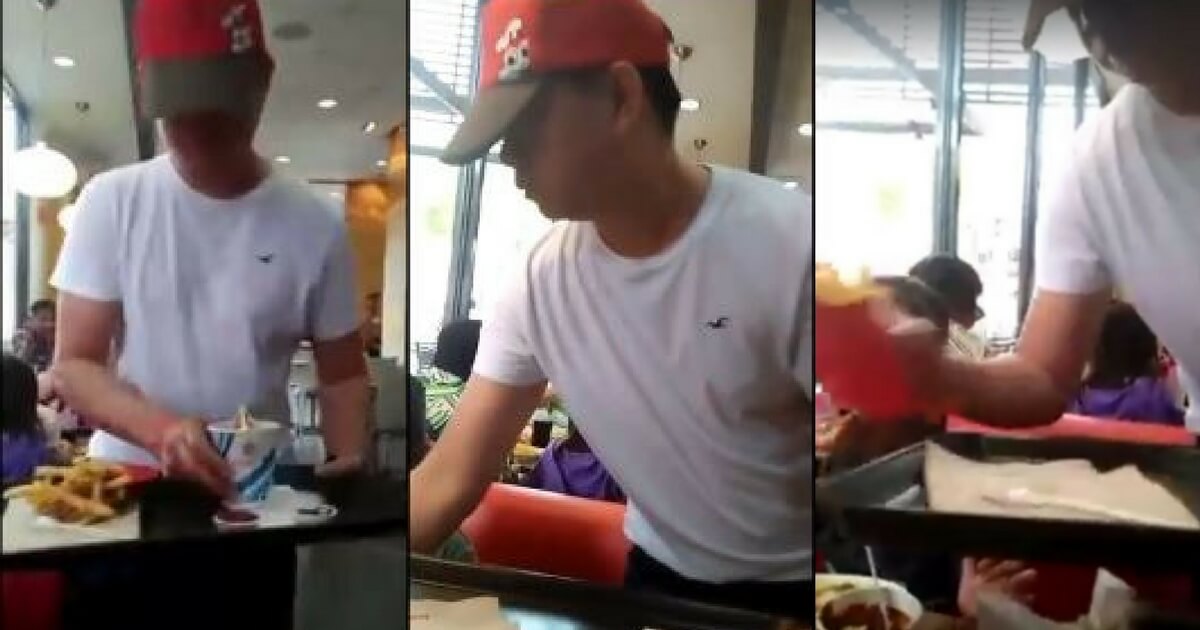 The two girls did not recognize their father at first, they were just looking at the food that he was serving. 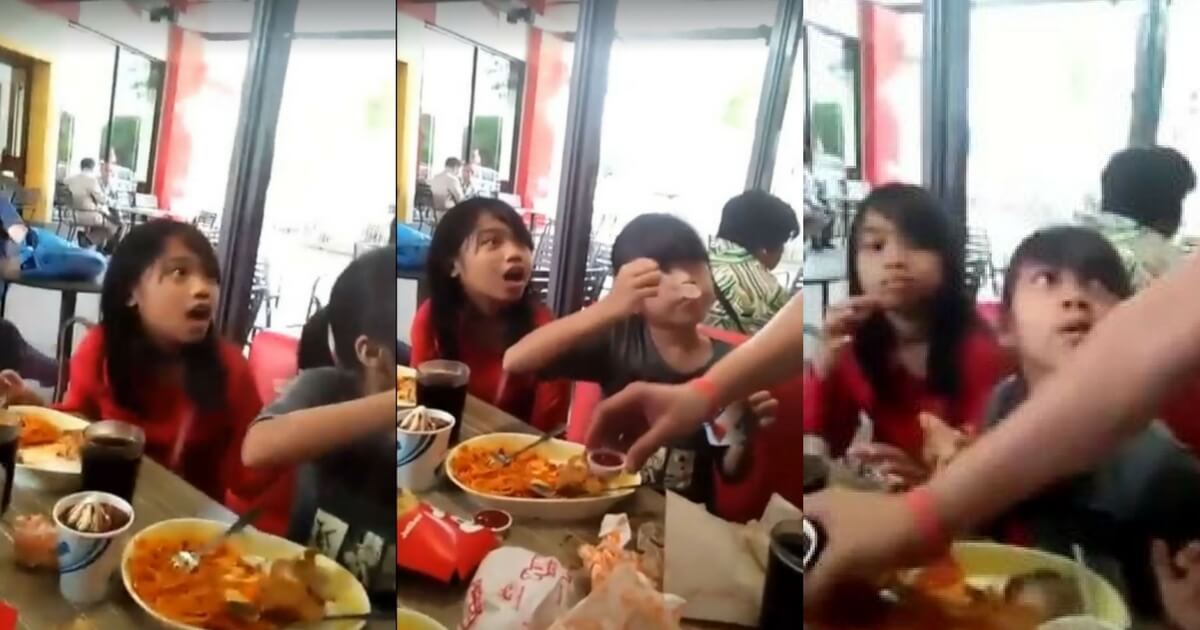 Glenn said he never takes that off since he got it. After that, it’s hugs and tears. 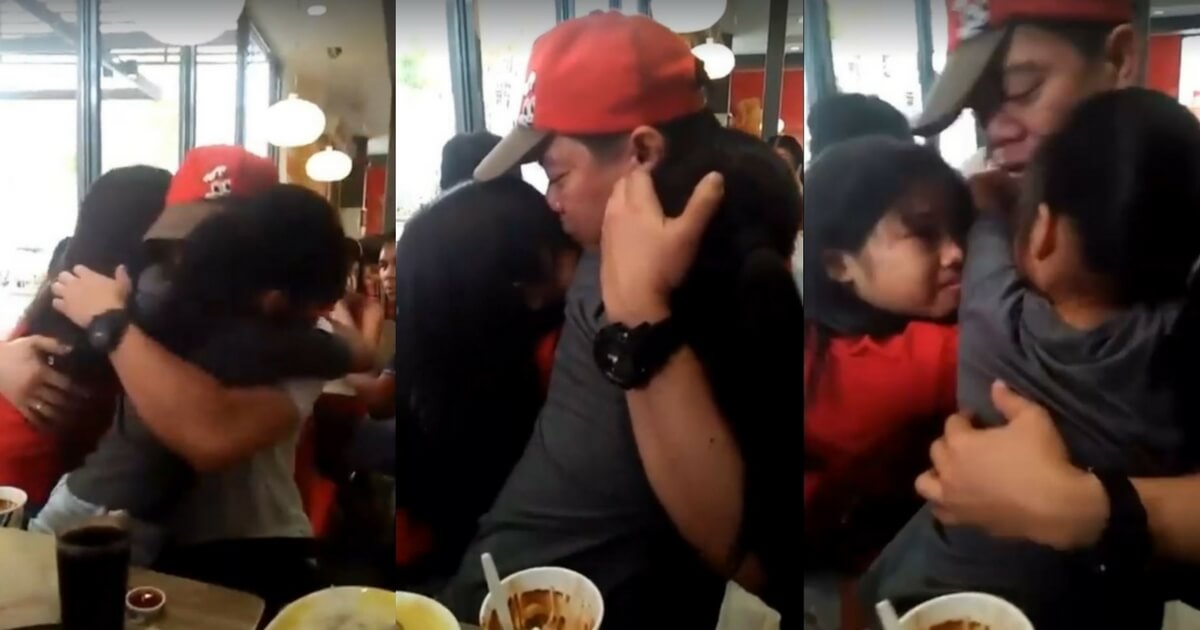 Can someone hand me a tissue?

“A father’s love is irreplaceable. The reason why daughters love their dad the most is that there is at least one man in the world who will never hurt them, from his heart. His love is eternal, righteous and unconditional.”

“Salute to all the OFW’s around the World”