In this day and age when it seems rather easy for people to just change their partners every few months or so, it is always refreshing to witness old people who grew old together and are still so in love with each other.

Recently, an old couple went viral for showing us just how love should really be, even when we get old.

At a busy intersection at Daxing District in Beijing, China, people were busy with their business and crossing the busy streets when they noticed an old couple slowly walking alongside the busy workers. 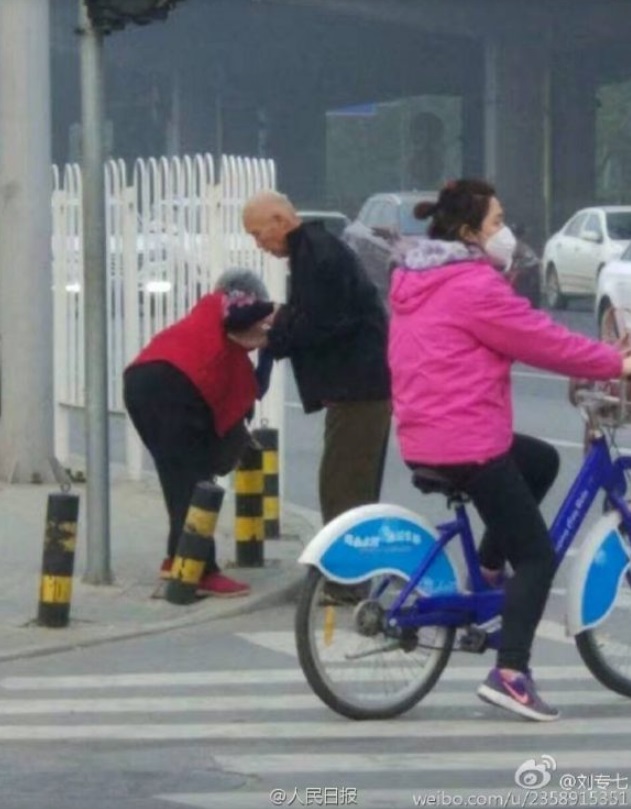 Then, it seemed that the old lady was feeling too tired to walk further. Instead of giving up and waiting for her to catch her breath or even leaving her behind (some men would likely do that!), this old man bent his knees and gave his tired wife a piggyback ride.

While it might be an ordinary thing for this old couple who had become so used to helping each other in their many decades of living together, the sweet gesture touched so many people. 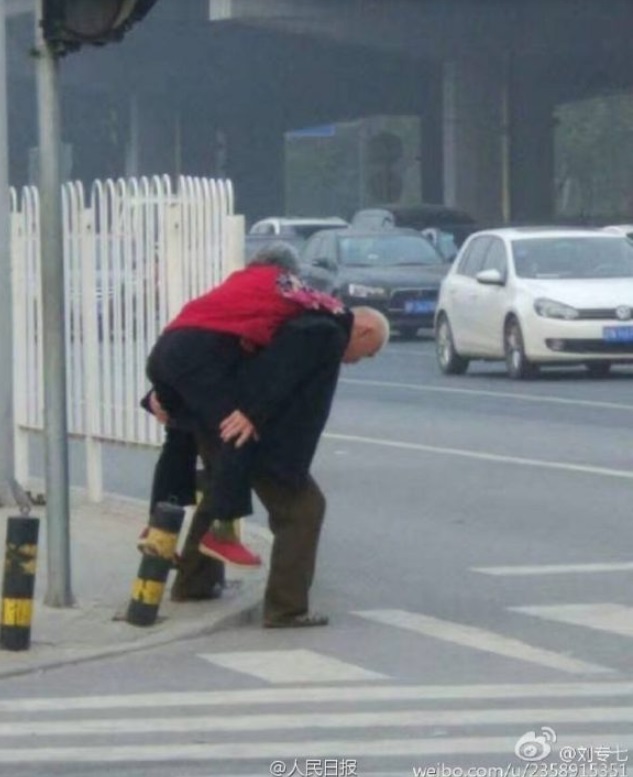 Of course, there was no proof that the two were actually married but many assumed that these two were a couple, judging from the way the man lovingly protected her and made sure she was alright. As of press time, the two have not been identified yet, but their sweet photos had taken social media by storm.

A lot of netizens were hoping that they could find a love as pure and long-lasting as what this couple so dearly share. Others also pointed out that a small act of kindness could truly make a huge difference; though others joked that this was not a small act but a rather big one as the wife was sure heavy for this old man! 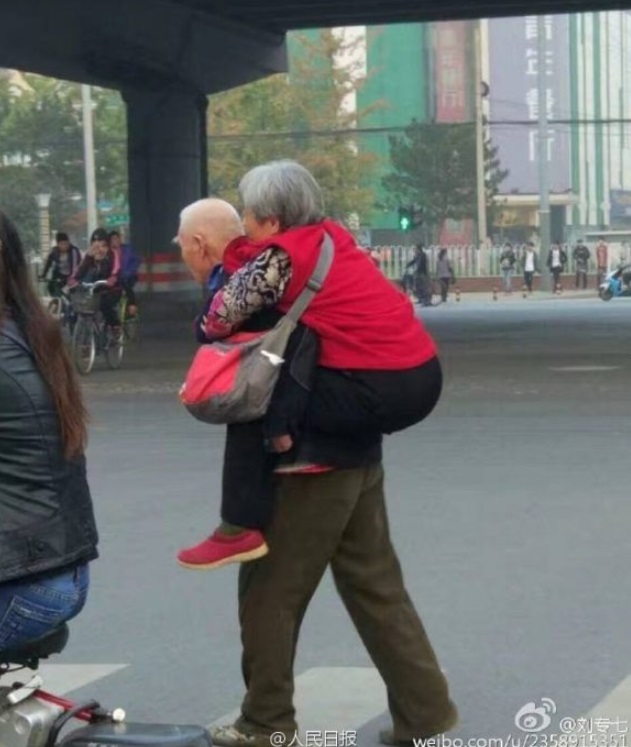 We live in a busy world where we are all focused on a lot of things. But there are many who advocate that we do random acts of kindness to our family, friends, or even strangers to make sure that we could still have a meaningful outlook in life.