If you have tried riding a boat in many piers across the Philippines, you might have noticed that there are people in small boats called “banca” shouting for you and the other passengers to throw them some coins. When people do throw them coins, they would leap into the water and chase after the money – and even if it takes them a long time to get it, they often do not go to the surface until they have the coins in their hands!

These people belong to the ethnic group called “Badjaos” who are long known for this kind of “job”. It is akin to begging but they are also “working” as they chase after the money instead of just accepting the cash just like other beggars. For many Badjaos, it is their way of life.

Although Badjaos hail from Mindanao, this kind of living has brought them to other parts of the country – especially to larger ports where they can get more money; although this can also pose more danger to them as these ports usually have deeper waters and have plenty of other boats. Of course, having more boats around could also mean more money for them; that is they often get to these larger ports. 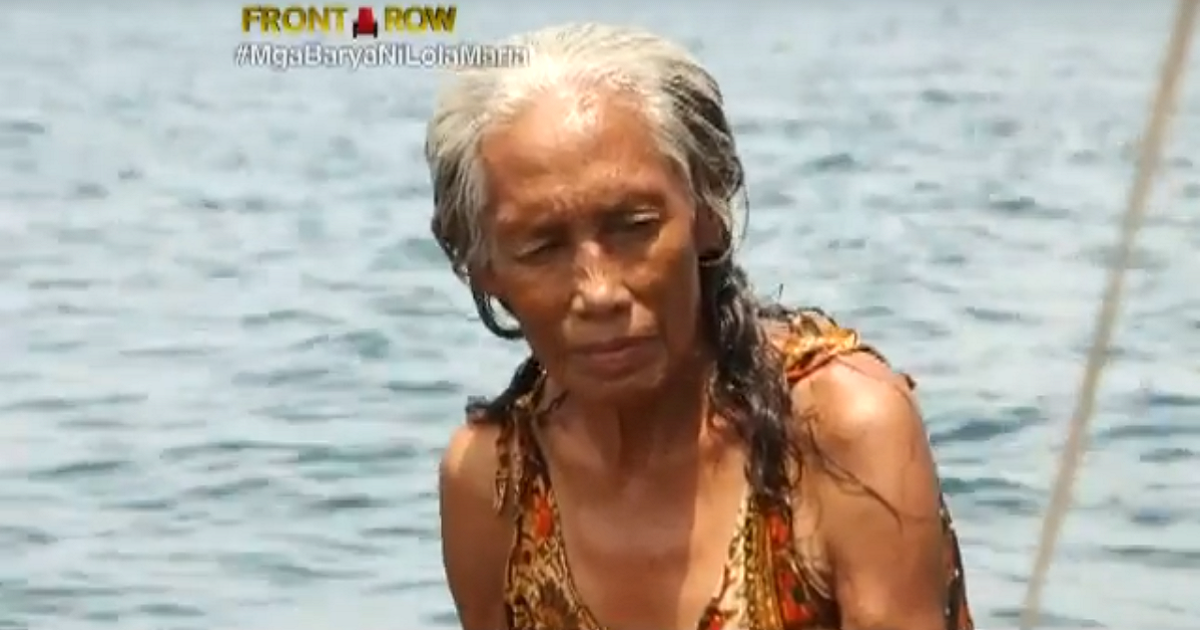 Screenshot from video by Front Row

In these groups, you would often find families that have no qualms in bringing their babies – perhaps to seek more sympathy (and more money) from the passengers or simple because they could not leave the little ones at home. There are also old ones like Maria Tequillo, 74 years old, who is the subject of a documentary by Front Row.

The video was taken in Dalahican, Lucena where Lola Maria and her brood live. Old as she might be, Lola Maria continues to dive for coins thrown by passengers at the port area. Her husband is much older than she is; thus, he no longer dives with her but when things are rough at sea, he goes out into the streets to beg for money.

The two are taking care of a few grandkids who couldn’t always help them look for money as these young ones are in school.