A man who loves sushi a lot has decided to change his diet after a 5-foot long tapeworm wiggled out of his body after a recent bout of bloody diarrhea. Yuck!

The incident happened in Fresno, California.

The man, who was unnamed for privacy reasons, was mentioned in the podcast made by Doctor Kenny Banh in a show he calls “This Won’t Hurt a Bit” where he mixes humor with serious medical topics.

According to Banh, the man shocked the medical staff at a local hospital when he came in complaining of bloody diarrhea and asking to be tested for worms. This was witnessed by Banh who said that he was skeptical at first about the man’s self-diagnosis. After all, most adults won’t really complain about having intestinal worms. 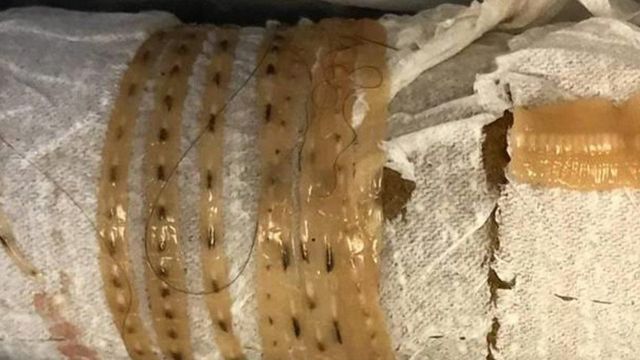 But the man took out a grocery bag he was bringing to the hospital. Inside the grocery bag was a roll of toilet paper. Wrapped around it was what appears to be a very long adult tapeworm. Double yuck!

So, Banh was rather curious as to how the man got this tapeworm.

According to the patient, he loves sushi so much and believes he got the tapeworm egg from his favorite food. One day, he experienced abdominal cramps and bloody diarrhea.

But the trip to the bathroom horrified him because when he looked down, it seemed that a piece of his intestines was hanging out! He was scared so much that he nearly passed out – who wouldn’t, if he’s thinking his intestines are falling out? 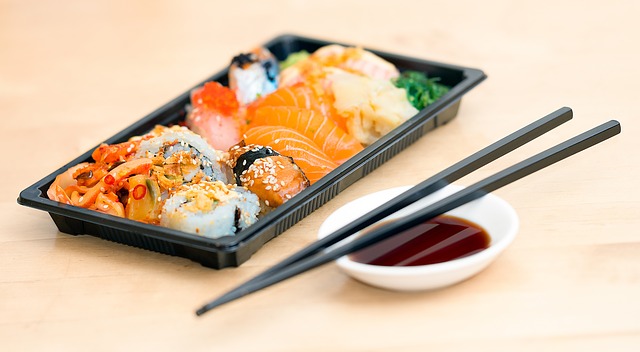 As he pulls out the thing, he was rather relieved to see it wiggle in his hands. Whew! Instead of getting scared that a tapeworm was wiggling out of his body, he was very much happy that it wasn’t his intestines falling out of his body. That’s why he rushed to the hospital, carrying the thing with him.

Thankfully, his life was saved.