While most 15-year-old kids are still in high school, with many not even sure what they would take as course in college, there are already some child geniuses who are doing advanced studies in the university! Take for example a boy from Kemaman, Terengganu in Malaysia.

A child prodigy whose IQ level is at par with an adult in this 20s, Muhammad Amir Rafiq Mohd Rafee might still be 15 years old but he is no longer doing high school lessons. Instead, this impressive young student is his doctorate-level research in Theoretical Computer Science after being accepted by Leibniz University in Hannover, Germany.

The young student is thankful that the university is letting him do this research despite him not having a formal education or degree and other higher learning certificates. The university simply accepted his research proposal and believed in him, allowing him to pursue the doctorate level research. His proposal must have been really impressive! 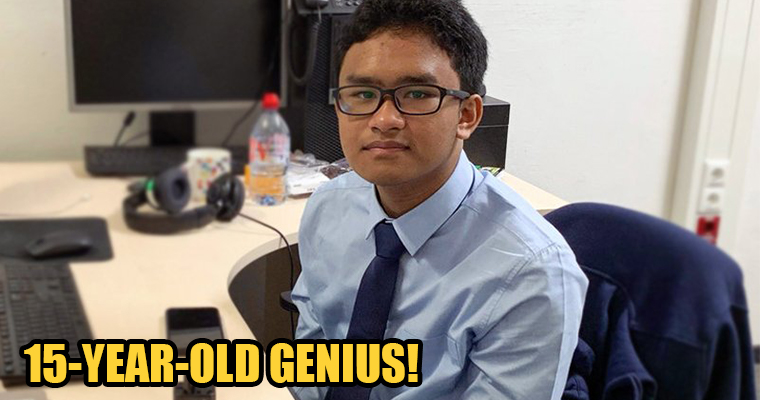 “I have been interested in computer science since I was 12 years old. This field of study is not only challenging but also fun to me. That is why I want to study this field further,” Muhammad explained. He added that so far, after spending a few months in this German university, he is truly enjoying himself.

He started studying at Leibniz University in September 2019. He did not reveal the working title of his research or what the specific topic was, but it has something to do with computers.

And while many people were surprised that such a young student is already doing doctorate-level research, his father revealed that the boy is truly a child prodigy they expected to excel, particularly in the field of computers. According to his dad, Muhammad was just 3 years old when he learned to read and write. Then, the started troubleshooting computers at age 5! No wonder he’s doing doctorate-level research at 15…

What is a Child Prodigy?

A child prodigy is a kid under the age of 10 who produces meaningful and sustainable output equivalent to that being done by adults. This is not just a random thing but something that the child can replicate and do all over again. They are known to have high levels of IQ.