Troubled teenager Amy Sharp was on the run after escaping from the Surry Hills Corrective Services Cell Complex in Surry Hills, New South Wales in Australia. She was being held for minor crimes like vandalism and property damages – petty crimes often committed by teenagers.

Although she was considered as “low risk”, the cops posted on Facebook that they are urging members of the public to simply call their hotline number and not to approach the teenager. 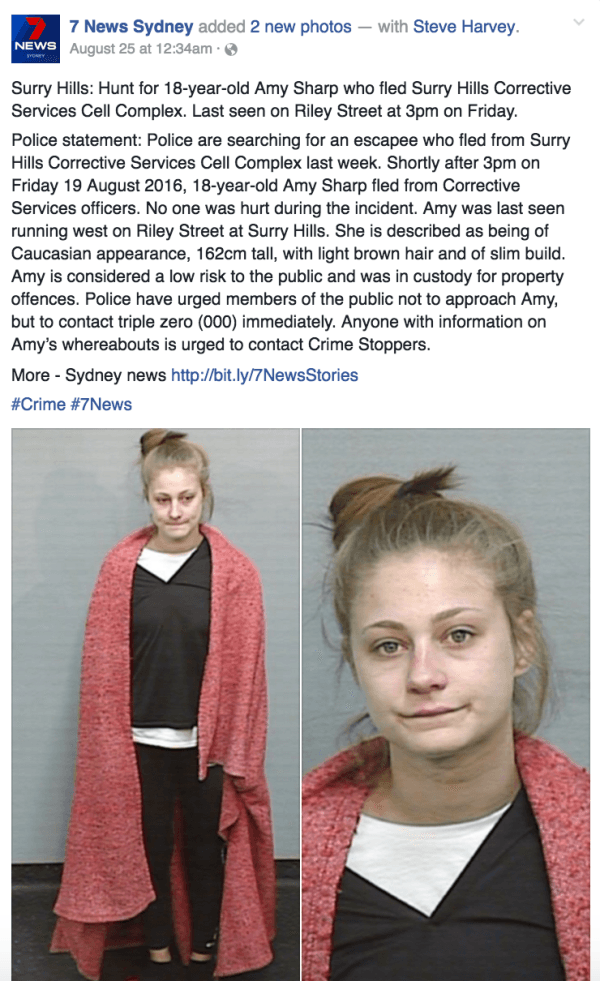 With the cops looking for her whereabouts, they also posted two of her mugshot photos in hopes that the public can help provide information on where they can find her if they see her pictures.

TV station 7 News Sydney reposted the information along with the same pictures.

Sharp, however, found the photos quite unflattering – and considering that the snapshots were being shared on social media, she didn’t want the public to see her in those unflattering mugshots. So, despite being on the run, the teen managed to comment on the TV station’s post, urging them to change the photo to something more flattering and pretty. 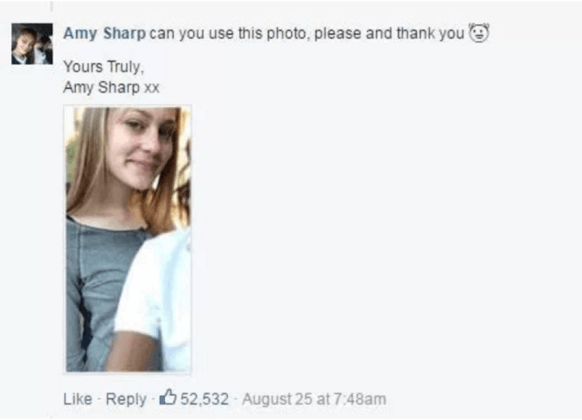 The action brought much laughter to the social media community, with many people commenting how they could not believe that the girl would have the audacity to reply to the post just to ask them to change her photo.

Quite possibly, the cops were able to trace her location through her post – or perhaps, she had become more recognizable to the people now that she added a photo to the mugshot. Either way, Sharp was caught a few hours later in Wentworth Park and has been taken to the police station. It is expected that she will be charged.

While many laughed at her antics, there were also those who expressed hope that she will become mature and responsible so that she can have a better future rather than stay as a rebellious teenager who enjoys vandalizing other people’s properties and mocking the cops.

What is a Mugshot?

A mugshot is a photo taken for official records purposes; it is often attributed to police records although the term is actually applicable to any photo of a person’s face.