In this day and age of modern technology, it has become quite easy to look different and to enhance your appearance to something that you have always wanted. But there are times when this could actually lead you to trouble.

Take for example these three women who were refused boarding because their faces were swollen and they didn’t look even close to the photos on their passports!

The three ladies were not identified but were believed to be Chinese. They traveled to South Korea during China’s National Holiday which actually lasted 8 days. It is believed that these three took advantage of the sale offers for plastic surgery in South Korea during this special occasion.

But the ‘Golden Week’ wasn’t so golden for the three when they got stopped at the airport on their way home to China. 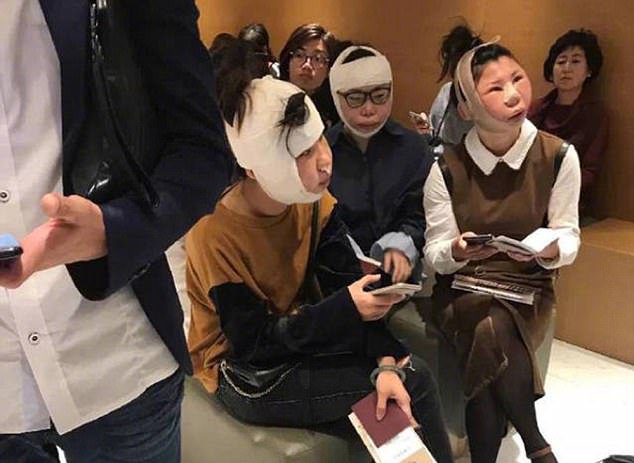 The three still had heavily swollen faces and had their heads still wrapped in gauze and hospital masks. We could easily side with the authorities on this one as the three women certainly looked different.

The photo of the ladies was posted by Chinese news anchor Jian Huahua on her social media account and was reposted on several accounts, including that of ‘The Beijing Things Beijingers Don’t Know’ page.

With South Korea offering ‘medical visas’ for those who wish to undergo cosmetic surgery, a lot of Chinese women have taken advantage of these offers so they can look more westernized.

While Chinese people have naturally narrow, slit eyes and small noses, the recent beauty trend led a lot of ladies to go under the knife so they can have a higher nose bridge and wider eyes.

It is unknown whether the three ladies were eventually allowed to board the plane or if the authorities required that they wait for their swollen faces to become normal again.

What are Slit Eyes?