A FoodPanda rider goes viral for wearing adorable panda plushies while at work, creating an overload of pandas on his outfit – but netizens love it! 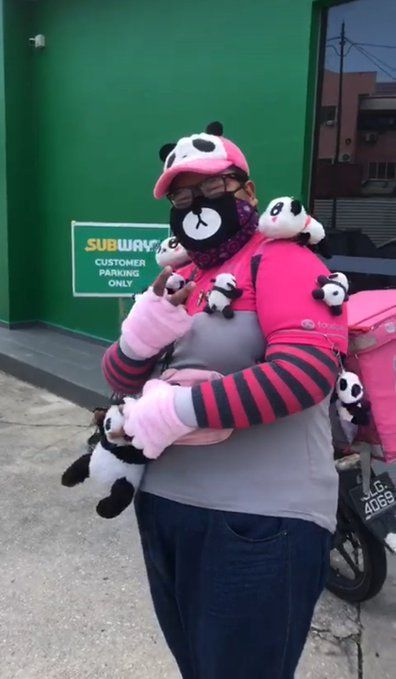 Everyone knows that FoodPanda riders wear pink and grey uniforms with the FoodPanda logo. Their motorcycles also have pink food boxes with the iconic panda face showing at the back. Many find the panda face logo as cute.

But one FoodPanda rider decided to ‘upgrade’ his uniform by adding panda plushies and a panda hat! Taking the handle “Encik Panda” on social media but later identified as Akhmal Abdul Rashid, this rider has gone viral for the adorable panda plushies he wears to work. 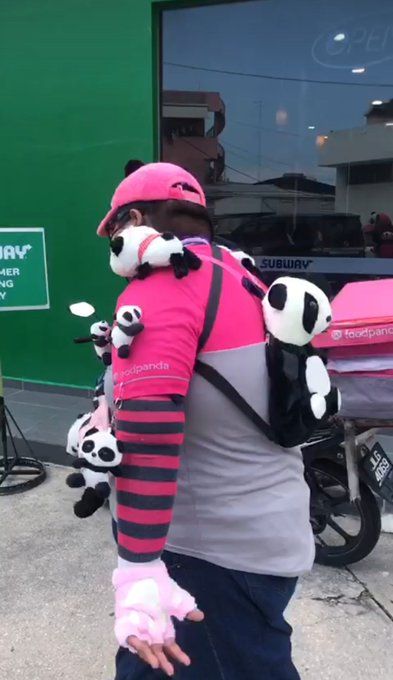 It is easy to identify him from all the other FoodPanda riders due to his ‘upgraded’ uniform that others also call as his costume.

It turned out that Encik Panda has been working for FoodPanda for over 9 months now. He admitted that he wasn’t always wearing the panda plushies until he thought of the idea some 2 months into his job. 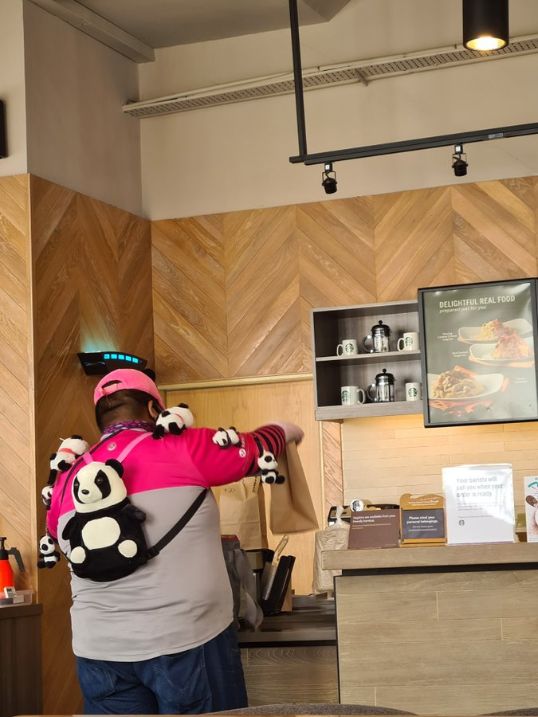 Since then, he has been using the panda plushies but also makes sure to keep them clean and hygienic by washing them from time to time. He buys lots of panda plushies so he could still wear some when the others are being washed.

He would update his steadily growing followers about his adventures as a FoodPanda rider. He also shares some excellent food finds and shows his followers how he cleans up his adorable plushies. 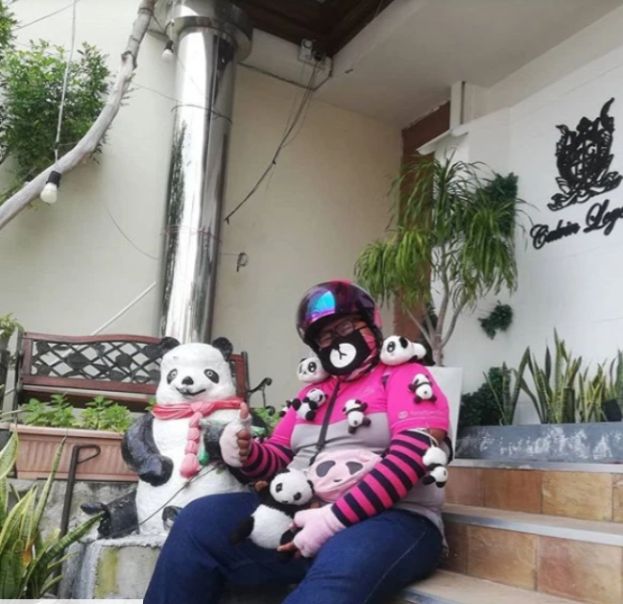 Encik Panda has become quite a social media star in Malaysia that many locals are hoping he would be the one to deliver their food so they can have a picture taken with the famous FoodPanda rider. What do you think of his costume?

What is a Plushie

A plushie is a soft toy that’s made with an outer fabric sewn from textile and stuffed with soft, usually flexible material.