A woman was spotted walking through a supermarket with a man on a leash, crawling on all fours on the floor. The photo has gone viral, with many netizens wondering why the man would willingly do this in public.

Man on Leash Crawls on the Floor

Shoppers at a health food store in Los Angeles were surprised to see a woman walking in with a man on a leash, crawling on the floor like he is some sort of pet dog or something. The woman even appears to be unconcerned with the looks they are getting as they roamed the store, buying the food and supplies they needed.

“Spotted at Erewhon today,” netizen Paul Tao wrote as he posted a photo of the woman and her strange ‘pet’ at the supermarket. 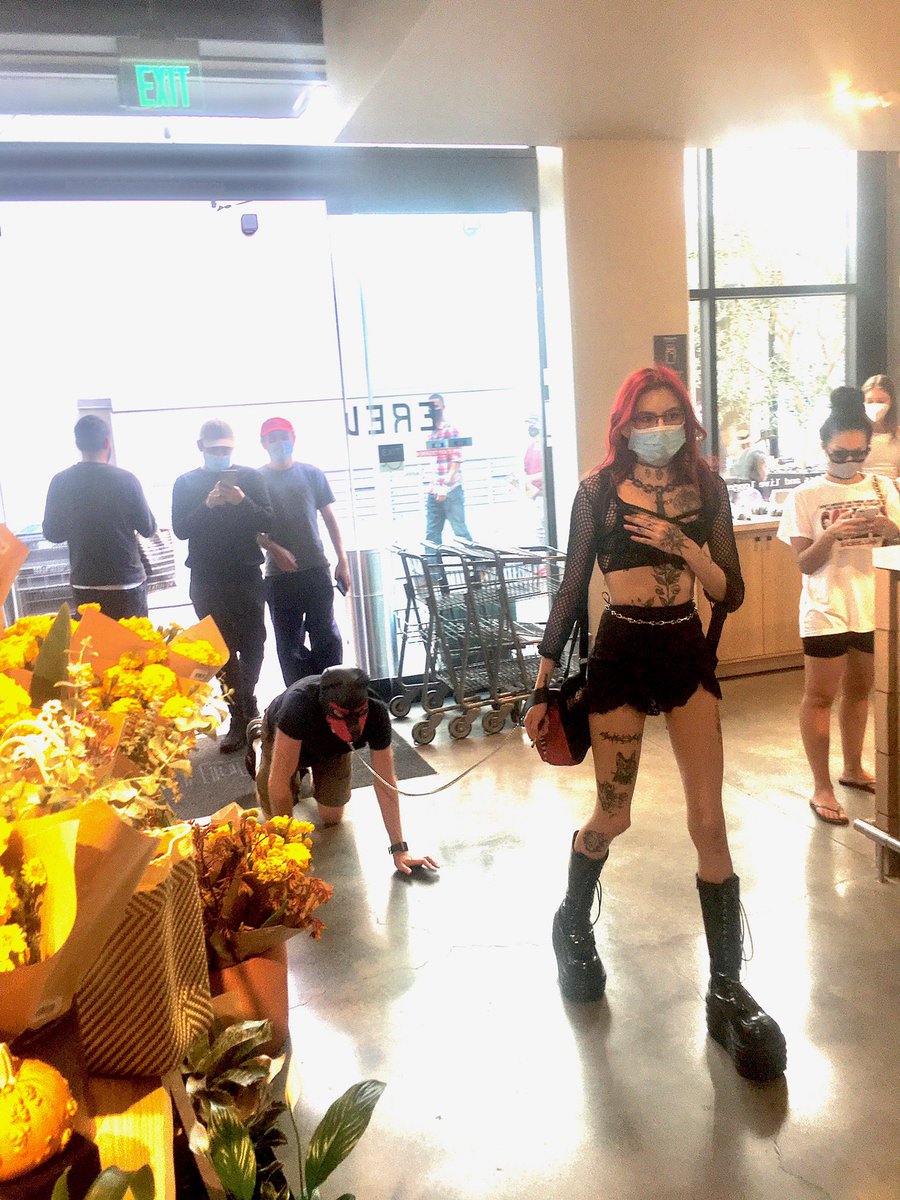 The other shoppers as well as the supermarket staff could only gawk at the pair as they went around the supermarket. While others really just tried to mind their own business, the others snapped photos because they can’t believe their eyes.

“I just wanted some juice,” Mistress Lark told reporters when asked what they were doing at the grocery store.

“I was out with my sub and my friends shooting some videos and just doing shopping. We stopped in Erewhon. Lots of cameras and attention, but the security let us through valet and let us check out our pricey basket before finally asking us to leave.”